The U.S. economy has roared back to life in 2021, with first-quarter growth set to defy even the rosiest expectations as another fresh influx of cash looms.

Manufacturing data Monday showed the sector at its highest growth level since August 2018. That report from the Institute for Supply Management in turn helped confirm the notion among economists that output to start the year is far better than the low single-digit growth many had been predicting back in late 2020.

The Atlanta Federal Reserve, which tracks data in real time to estimate changes in gross domestic product, now is indicating a 10% gain for the first three months of the year. The GDPNow tool generally is volatile early in the quarter then becomes more accurate as the data roll in through the period.

That comes on the heels of a report Friday showing that personal income surged 10% in January, thanks largely to $600 stimulus checks from the government. Household wealth increased nearly $2 trillion for the month while spending rose just 2.4%, or just $340.9 billion.

Those numbers, along with a burst of nearly $4 trillion in savings, pointed to an economy not only growing powerfully but also one that is poised to continue that path through the year.

"The V-shaped recovery in real GDP will remain V-shaped during the first half of this year and probably through the end of the year," Ed Yardeni of Yardeni Research wrote in his daily note Tuesday. "However, it will no longer be a 'recovery' beyond Q1 because real GDP will have fully recovered during the current quarter. Thereafter, GDP will be in an 'expansion' in record-high territory."

Economist previously hadn't expected the $21.5 trillion U.S. economy to regain its pandemic-related losses until at least the second or third quarter of this year, if not later.

But a combination of systematic resilience combined with previously unimaginable doses of fiscal and monetary stimulus have helped speed the recovery along considerably. The final quarter of 2020, in which GDP increased 4.1%, left the total of goods and services produced just $270 billion shy of the same period a year previous, before Covid-19 struck.

In fact, questions persist about whether the $1.9 trillion spending plan from the Biden administration is necessary, at least to that magnitude. An economy poised to show its fastest annual growth pace since at least 1984 doesn't seem like a very good candidate for more spending at a time when the federal government already is expected to run a $2.3 trillion budget deficit this year.

Respondents to the ISM report indicated soaring prices and trouble with supply chains, with one manager in electrical equipment, appliances and components noting, "Things are now out of control. Everything is a mess, and we are seeing wide-scale shortages."

Markets have worried lately that overheated growth could generate inflation, particulary with the Federal Reserve continuing to keep its foot on the policy pedal.

"Too much of a good thing is often just too much," Yardeni wrote. "The economy is hot and will get hotter with the bonfire of the fiscal and monetary insanities."

A major area of weakness

To be sure, frailties remain in the economy. Paramount among them is the gap in employment, particularly in the services sector.

As of January, there were 8.6 million fewer employed than there were a year ago, just before the pandemic began threatening the U.S., according to the Bureau of Labor Statistics. About 4.3 million Americans have left the labor force in that time.

Despite a drop in the headline unemployment rate from a pandemic high of 14.8% to 6.3%, employment in the hospitality sector has fallen by more than 3.8 million from a year ago, and the jobless rate for the industry is stuck at 15.9%, fully 10 percentage points higher than January 2020.

"The most glaring issue with where we stand now has to be the labor market. We still have [nearly] 10 million jobs which are just simply missing," said Troy Ludtka, U.S. economist at Natixis. "You're going to see a situation in the coming years, looking back to this moment, where official statistics on things like food insecurity, poverty and inequality are going to reach generational highs."

However, Ludtka sees promise ahead, thanks in part to measures taken to address the ills of the current era.

"The good news is that we are very quickly rebounding, and that is a sign of great promise," he said. "We're going to see an economy back to pre-pandemic levels of output, we're going to see a situation in which unnecessary economic insecurity is mitigated."

There's even some better news coming out of the jobs market, which despite the gaps that remain has recovered nearly 12.5 million nonfarm payroll jobs since the recovery began in May 2020.

For one, job postings are on the rebound. Employment network Indeed reports that listings through Feb. 12 were up a seasonally adjusted 3.9% from Feb. 1, 2020, which it uses as the pre-Covid baseline. In early May 2020, postings lagged the baseline by 39%.

Economists are counting on pent-up demand that vaccinations and falling coronavirus numbers will bring to drive job growth. Nonfarm payrolls for February are expected to show a gain of 210,000 when the BLS reports the numbers Friday.

"You're going to see the growth rates in the middle of the year probably close to 9%. That's how strong the reopening of the U.S. economy will be vis-à-vis the release of pent-up demand by the household sector," said Joseph Brusuelas, chief economist at RSM. "I don't expect the pent-up demand to all be released this year. I'm expecting it to take about two years to do that, primarily because households will be somewhat cautious about the release of cash."

Indeed, the extent to which Americans in lockdown states will come rushing outside their homes when restrictions are lifted is a matter of debate.

Spending on the services part of the economy "is just a different animal" than spending on goods that has boomed during the pandemic, said Liz Ann Sonders, chief investment strategist at Charles Schwab.

"The whole pent-up demand is overrated, at least on the goods side of the economy. If anything, we're going to have pent-down demand on the goods side," Sonders said. "On the services side … it doesn't persist for an extended period of time. If you miss four vacations, you take one."

Still, as the economic data continues to defy Wall Street estimates – to an extent unseen in pre-pandemic times – the expectations are growing that the risk to growth is clearly on the upside.

Michelle Meyer, U.S. economist at Bank of America Global Research, said consumers showed tremendous resilience through the crisis that should carry over into 2021, particularly with more stimulus coming.

"The important factor will be to get past the virus," Meyer said. "All else equal, the economy is on a pretty strong foundation." 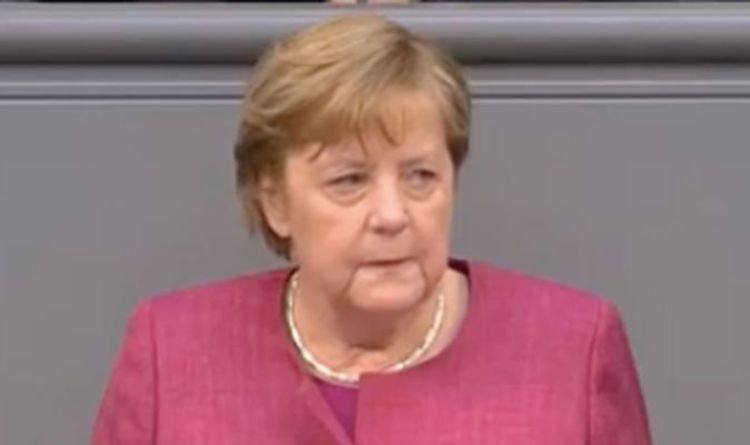