This meant just Rs 10,720 crore of the junked currency did not return to the banking system. 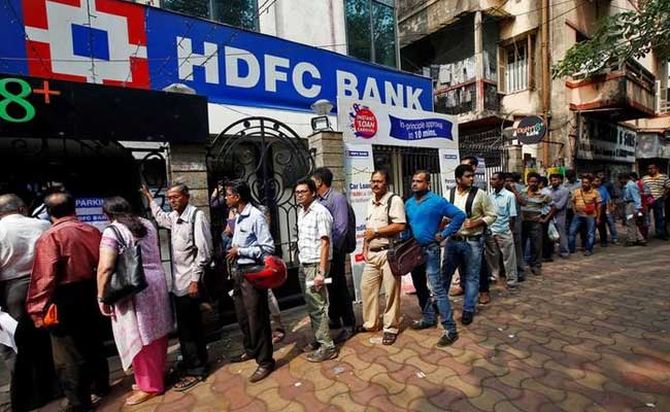 As much as 99.3 per cent of the junked Rs 500 and Rs 1,000 notes have returned to the banking system, the RBI said on Wednesday, indicating that just a miniscule percentage of currency was left out of the system after the government’s unprecedented note ban aimed at curbing black money and corruption.

The Reserve Bank of India, which has taken an awfully long time to count the currency that was returned in the limited period window provided by the government to exchange or deposit the demonetised currency, said in its annual report for 2017-18 that the exercise is finally over.

This meant just Rs 10,720 crore of the junked currency did not return to the banking system.

After the note ban, old junked notes, called specified bank notes, were allowed to be deposited in banks with unusual deposits coming under income tax scrutiny.

The “humungous task of processing and verification of specified bank notes was successfully achieved,” RBI said.

The SBNs received were verified, counted and processed in the sophisticated high speed currency verification and processing system for accuracy and genuineness and then shredded, it added.

RBI said the processing of SBNs has since been completed. “The total SBNs returned from circulation is Rs 15,310.73 billion.”

A collateral damage as a result of the rise in printing and other cost was the dividend RBI pays to the government.

The government replaced old Rs 500 notes with new ones, but no replacement for Rs 1,000 notes have been made. Instead, a new Rs 2,000 notes were introduced post note ban.

Demonetisation was hailed as a step that would curb black money, corruption and check counterfeit currency but RBI said, “Counterfeit notes detected in SBNs decreased by 59.7 and 59.6 per cent in the denominations of Rs 500 and Rs 1,000, respectively.”