It's probably fair to say most NFL coaches would try to convince you the league is a meritocracy – and in some of the league's cities (Baltimore, Foxborough, Seattle among others) that holds pretty true.

But this is professional football, and financial considerations are usually part of the equation when teams are so often trying to get younger players who can do the same job as a veteran who gets paid more.

Monday was a perfect example, left tackle Charles Leno Jr., a Pro Bowler in 2018, tweeting that the Chicago Bears are releasing him even though he's started 93 games in a row. The move, which will be designated to take effect after June 1, will save $9 million against this year's salary cap. Friday, Chicago traded up in the second round for Oklahoma State tackle Teven Jenkins, who was expected to play on the right side but apparently will now go to the left.

Life in the NFL often isn't fair, and, with the 2021 draft now complete, other veterans will share Leno's fate sooner or later. Here are 21 who are officially on notice moving forward:

He's effectively been on notice since March, when the Niners traded up for the draft's No. 3 pick. Thursday, it was finally revealed that Trey Lance will be Jimmy G's eventual replacement – though the question becomes … when? Garoppolo already reached out to Lance, so it seems their relationship is off to a good start. But now it's up to Garoppolo, who's under contract for two more years, to hold off Lance for as long as he can – and if it's a protracted period, all the better for San Francisco. But if Garoppolo struggles or goes down again – he's only started more than six games in a season once in his career – he could find himself on another roster in 2022.

It's only been a few weeks since he expressed to a local TV station that "I get overlooked a lot and I am kind of sick of it." Welp. Fan favorite Phillip Lindsay is gone, but second-rounder Javonte Williams may become the anointed one after new GM George Paton traded up to get him. Despite a rocky season on the personal front in 2020, Gordon still finished with 1,144 yards from scrimmage and 10 TDs and remains a valuable performer … but one who might bring something nice back in a trade, which would also save Paton about $7 million if done before the season. 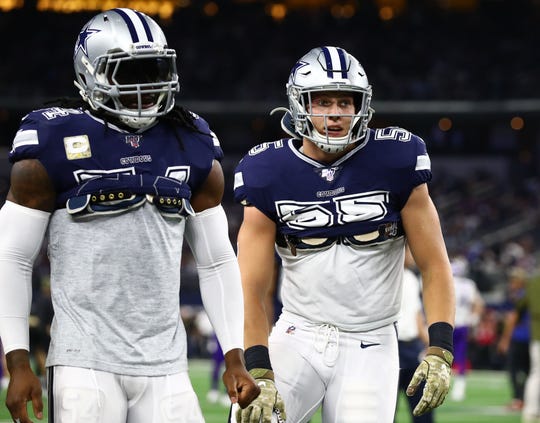