A Woman’s Guide to Making the Most of Social Security

As a single woman with no children, Karen Callahan is putting together the financial pieces that will protect her for a potentially long life on her own. A large piece of her puzzle: getting as much Social Security income as she can.

Ms. Callahan, 67, of Marlborough, Mass., is holding off on claiming her benefits until she turns 70, when she will be eligible for $3,100 a month. If she claimed today, she said, her benefit would be permanently reduced to about $2,500.

The income from a web design business she owns will cover her expenses until 70, including a $375 monthly condo fee on her townhouse. In excellent health and able to bench press 120 pounds, Ms. Callahan expects to live long enough to get more in lifetime benefits by waiting than by claiming less for a longer time.

For many older single women, as well as for divorced women and widows, getting the most out of Social Security is crucial, experts say. Women tend to live longer than men, and they depend more on Social Security as a primary source of retirement income. Also, their benefits, on average, are smaller, in part because of lost earnings or part-time work during years caring for children and older relatives.

Even so, many women leave considerable amounts of this guaranteed source of inflation-adjusted money on the table, said Marcia Mantell, a retirement consultant in Plymouth, Mass., and author of “What’s the Deal With Social Security for Women?”

“This safety net is incredibly important in old age,” she said. “Yet most women don’t understand how to fully maximize this benefit.”

Younger women with years of work ahead of them can start to maximize benefits, Ms. Mantell said, by seeking jobs with more money and asking for raises, which “yields a higher benefit payout tomorrow.”

To start cutting through the morass, it is helpful to know the basics. A key concept is known as full retirement age — when one is entitled to a full benefit based on one’s earnings. A person born between 1943 and 1954 can claim a full retirement benefit at 66. The full retirement age gradually increases to 67 for those born in 1960 or later.

The earliest a person can claim is 62, but the benefit will be permanently reduced by a certain percentage for each month the beneficiary claims before reaching full retirement age. For instance, a woman with a full retirement age of 67 will receive 70 percent of her full benefit by claiming at 62.

For each year a beneficiary postpones claiming between the full retirement age and 70, the benefit rises 8 percent; this is known as a delayed retirement credit.

For couples, including married same-sex couples, a lower-earning spouse can claim a “spousal” benefit on her partner’s work record at 62, but only if the other partner has started collecting. At full retirement age, the lower earner can collect a spousal benefit that is 50 percent of the higher earner’s full retirement benefit.

A prospective beneficiary can go online to check her Social Security Statement, which shows the record of her annual earnings and provides estimates, based on that record, of how much she will receive at her full retirement age, or by claiming at 62 or waiting until 70. 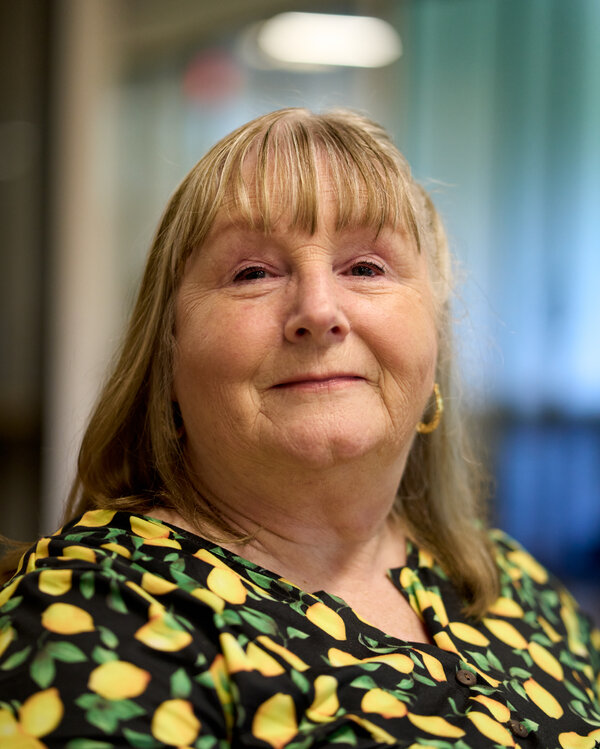 A single woman, either one who never married or one whose marriage lasted for a short time, should delay claiming benefits for as long as possible, experts say.

“For single women, longevity is their biggest risk,” Ms. Mantell said. “Even waiting just one more year past her full retirement age will get her another 8 percent in benefits.”

That likelihood is particularly the case for women. In 2019, the average expected life span for 65-year-old American women was 85.8 years, according to the U.S. Administration on Aging.

“Unless a single woman has a shorter-than-average life expectancy, she can maximize her benefits by waiting until 70,” said Dr. Reichenstein, professor emeritus of investments at Baylor University.

A single woman may also be able to boost her benefits by delaying retirement. The Social Security Administration calculates monthly benefits by examining a beneficiary’s 35 highest-paid years. Even part-time work can replace any “zeros” for years of caregiving.

Ms. Callahan said she expected that her income from working longer would replace the years of low earnings when she started her business as well as the years when she was a teacher and did not pay into the Social Security system, instead receiving a pension payout. (Public employees in about a dozen states are not covered by Social Security.)

Women who have lost their jobs, perhaps during the pandemic, and who claimed reduced benefits early have a chance for a do-over. One option is to “suspend” their benefits at full retirement age and restart them later, perhaps at 70.

“The delayed retirement credits mostly make up for the reduced payments from the early claim,” Ms. Mantell said.

Women generally fare worse financially than men after a divorce, but an ex-wife may be able to ease the hit by claiming a spousal or a survivor benefit on her former husband’s work record.

“Many women who spent years caring for their children are divorcing after decades of marriage,” said Michelle Petrowski, a certified financial planner in Scottsdale, Ariz., who specializes in divorce matters. “They have not had the opportunity to earn income or to give to a 401(k), and they are relying on this benefit.”

For a divorced woman to be eligible for a spousal benefit, both spouses must be at least 62 and the marriage must have lasted 10 years or more. Unlike a married woman, a divorced woman can claim even if her ex-husband has not yet filed for benefits.

A divorced woman who waits until her full retirement age can claim a spousal benefit that will be 50 percent of her ex-spouse’s full benefit. The benefit is reduced by a certain percentage for each month she collects before then.

That higher benefit can add up to a significant retirement kitty for a woman whose marriage may have ended decades earlier.

An ex-husband is not notified when his former wife applies for a benefit on his record. His benefit will not be reduced, nor will any spousal benefit of his current wife.

If you’re a widow

Roughly 32 percent of all widows receiving Social Security “survivor” benefits in 2018 were between the ages of 60 and 70, according to the Social Security Administration.

Boosting the “benefit” for widows in this younger range is essential, said Laura Mattia, a certified financial planner with Atlas Fiduciary Financial in Sarasota, Fla. “A widow can live for another 30 years and will need to be financially responsible for herself,” she said.

A widow who claims the survivor benefit at her full retirement age is eligible for 100 percent of the benefit her late spouse was receiving, or was eligible to receive. A widow can claim as early as age 60 (50 if she is disabled), but her benefit will be reduced permanently for each month she claims before her full retirement age. A younger widow may be eligible if she is caring for the late spouse’s children.

A widow in her late 50s or early 60s who has no or little earnings of her own will likely reap the largest lifetime payout by waiting to claim until 66 or 67. However, Dr. Mattia said, “the decision of when to claim becomes more complicated if she has her own worker benefit.”

A widow who has a retirement benefit based on earnings has several options.

“The most important rule for a widow is to compare her retirement benefit at 70 and her full survivor benefit, which would start at her full retirement age,” Dr. Reichenstein said.

A husband has a big role to play in securing his wife’s financial security after he dies, Dr. Mattia said. She often advises husbands to hold off on claiming their own benefit until 70 and, thus, increase the survivor benefit.

“He may think, ‘I am not going to live that long,’ but she, meanwhile, may live a much longer life,” Dr. Mattia said.

Whatever strategy a woman uses, financial planners say Social Security should be just one part of a retirement income stream. When Ms. Callahan turns 70, she said, she expects to pay for half of her expenses, including travel, with three things: profits from the sale of her business, assets in her individual retirement account and possibly money from part-time work.

Social Security will cover the other half. Waiting until 70 to collect, she said, will give her a much better chance “to live the lifestyle I want to live.”