Boeing’s problem is the tragedy of two fatal crashes involving its bestselling passenger jet, the 737 Max. It has led to a global grounding of the plane, a halt in deliveries, and so-far-untold billions of dollars in costs.
Airbus failed to read the market correctly. Earlier this year it pulled the plug on the A380 superjumbo, a two-deck aircraft it spent $25 billion to develop. Airbus sold less than quarter of the 1,200 planes it had originally expected to sell.

But the two companies’ combined dominance is a self-perpetuating fact of life.
A new competitor, if one should emerge, would have a difficult time taking significant market share from Airbus and Boeing. Costs are great for an upstart competitor to compete in one of the most capital-intensive industries in the world. And airlines can’t easily switch to a different airplane manufacturer once they invest in one company’s model, because of the increased cost of pilot training, maintenance and spare parts.

That means neither Boeing nor Airbus need to worry too much about missteps.
The two companies compete fiercely for orders. But even if an airline wanted to switch between one manufacturer and the other, it would have to wait years to get a plane from the rival manufacturer, because of a huge backlog in orders. So it’ll be difficult for either Boeing or Airbus to “lose” the market to the other.
And both companies have billions of dollars in cash on their balance sheets to ride out any problem. Failure is literally not an option.
“I don’t see any possibility for one of them to go under,” said Bijan Vasigh, an economics professor at Embry-Riddle Aeronautical University.
Despite their problems, Airbus’ (EADSF) stock is up more 47% for the year. Boeing (BA) shares are up nearly 16%.

Why Boeing and Airbus’ dominance is here to stay

Part of the lack of competition is because of the huge capital expense required to develop and build a commercial plane, something that dwarfs the development cost in other fields.
“The barriers to entry are enormous in this market,” said Cai von Rumohr, aerospace analyst with Cowen. “This is a business where you have to have a lot of scale, a lot of cash.” He said that’s the reason why Bombardier and Embraer, which have made smaller planes used by regional airlines that provide feeder flights, sold some of their businesses to Airbus and Boeing.
Both Bombardier and Embraer developed slightly larger jets than their traditional small passenger planes. The Bombardier C Series jet and the Embraer E2 jet could have posed a challenge to the bread-and-butter single-aisle jets at the core of Boeing’s and Airbus’ business. But both ended up essentially selling control of their jet business rather than trying to compete head-to-head with the big boys. 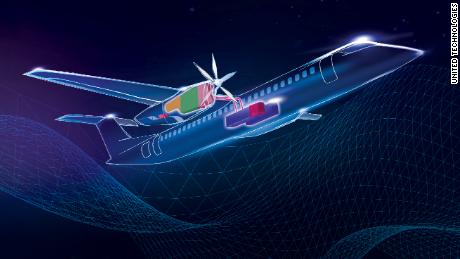 There is one potential major competitor on the horizon.
Commercial Aircraft Corporation of China, or Comac, has a single-aisle plane, the C919, designed to challenge the A320 and 737 Max. China is forecast to be the largest market, by far, for new plane purchases. Boeing forecasts commercial plane purchases will total $3.1 trillion over the next decade, with 40% of those purchases going to the Asia Pacific region. That gives Comac an advantage that no other potential competitor enjoys.
As a state-run company, Comac could be well positioned to sell to the Chinese market. With its Made In China program, the Chinese government wants to support domestic manufacturing.
But the C919 is still months if not years away from being certified for passenger use. And it’s not clear how successful it will be.
Part of the doubt is that as a government-run company Comac, has strict rules on using Chinese suppliers, which could make the plane less competitive, said Richard Aboulafia, aerospace analyst with the Teal Group.
“They have one of the biggest markets in the world, great resources, unlimited talent. The only thing they can do to fail is exactly what they’re doing,” said Aboulafia. “If they change the rules, they could be phenomenal.”

Boeing finds first buyer for 737 Max since its grounding

Airbus best Boeing on day one of Paris Air Show

Just as with their western counterparts, Chinese airlines are already heavily invested in Boeing and Airbus planes. They would have the same trouble switching to a new supplier.

Aboulafia said that even when the Comac plane is ready, he doesn’t believe the Chinese government would require airlines there to stop purchasing from Boeing or Airbus.
“Whenever someone complains about the trade imbalance, the Chinese point to airplane purchases,” he said.
Source: Read Full Article