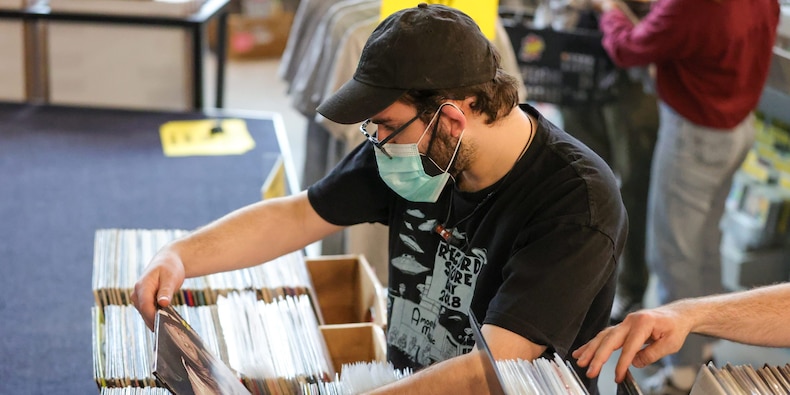 US consumers unleashing their pent-up savings in a huge wave of spending could drive up inflation and rattle some parts of the stock market, JPMorgan Asset Management's chief strategist for Europe has said.

Karen Ward said in an online presentation this week that JPMorgan estimates Americans have built up extra savings worth around 8% of US GDP during the COVID-19 pandemic, when their spending options have been limited.

Ward, a former top economic advisor to the UK's finance ministry, said she thought most of this would be unleashed in a spending spree. When combined with Joe Biden's $1.9 trillion stimulus bill – worth around 9% of GDP – that is likely to push inflation higher, she said.

Ward said that a rise in inflation was likely to generate volatility in parts of the stock market as investors reacted to the new situation. She added that confusion around the Fed's new tolerance of higher inflation and employment would also create uncertainty.

Economists expect the US economy to boom in 2021, following the worst contraction since World War II in 2020. Yet they are divided on what this means for price levels, which is a key question for markets, given the importance of inflation to assets' values and returns.

Whether or not inflation rises persistently "is the big question that nobody knows the answer to," said Nasdaq chief economist Phil Mackintosh.

The move up in yields shook many investors in February and March. The tech stocks that did so well during the pandemic fell sharply, as bonds and stocks that are set to do better from strong growth and inflation started to look more attractive.

Ward said she thought bond yields would rise further as inflation picked up, and would probably generate further volatility in some parts of the market on the way.

The JPMorgan strategist said the Fed's new mandate to tolerate higher inflation and employment may also cause problems.

"Not only do they want to reach full employment, but they also want inclusive employment. So what exactly does that mean?" she said. "I think that has the potential to generate us some volatility."

Yet, she said the global stock market as a whole was unlikely to be majorly troubled because stronger growth should support companies' earnings.

Many analysts believe inflation will remain low, however, that is partly because unemployment is set to remain higher than it was before the crisis in the medium term.

The Fed itself has signaled it does not think inflation will be damaging, with chair Jerome Powell reiterating that message on Thursday.

Jan Hatzius, Goldman Sachs' chief economist, predicted in a note on Monday that US inflation would remain "well below the Fed's 2% target, consistent with an economy that remains well below full employment."

He added: "All this has increased our confidence that Fed officials will be able to stay the course in exiting only very gradually from their highly accommodative stance."