When P.J. O’Neil noticed the challenges small landlords had paying their mortgages with unpredictable rental income, he knew that a model adopted from his employer, Opendoor, could help. That solution, Nomad, emerges from stealth on Wednesday, with the aim of offering landlords guaranteed rent in return for a few percentage points of their rental income.

O’Neil got his start in real estate as a small-time landlord, buying one Denver property with his first bonus check. When work brought him away from Denver, a search for a property manager eventually led O’Neil to start his own property management business with his mom and brother.

While he went to Berkeley for his MBA, the business grew to 200 doors. After business school, he joined Opendoor and opened up six markets for the iBuying giants. Opendoor went public through a merger with a SPAC last year. O’Neill made the move to start on Nomad in late 2019 after serving as Opendoor’s Denver GM for a year.

Nomad’s entry to the scene comes as the proptech world takes a deep look at residential real estate amid challenges in commercial sectors like the office. It is part of a class of new proptech companies that seek to serve the smaller landlord, as they have to compete with growing institutional, tech-enabled owners.

For now, Nomad operates solely in Denver which has seen an influx of new residents during the pandemic. The company has raised a $2 million seed round so far and has 13 employees.

Nomad meets at the intersection of two of O’Neil’s previous jobs, property management and iBuying, where an algorithmic approach brings a streamlined, predictable process to home sales. The company provides guaranteed rent for landlords for a percentage fee of their rental income between 5-10%. The fee is calculated by the risk inherent in the property: how likely they’ll be able to quickly find a renter for the property, how likely a renter might be to be delinquent in payment, and how likely the property will stay vacant between renters.

This is similar to Opendoor’s business model, which charges a fee based on the risk of a property being able to sell.  “What Opendoor was offering to home sellers, the certainty of the sale and the ease of selling, could be applied to small residential landlords,” O’Neil said, describing the realization that led him to found Nomad.

O’Neil and his co-founder Matt Thelen, who was previously an executive at SendGrid and later Twilio, launched the company at the end of 2019, using Nextdoor to find landlords who might be interested in trialing the service. By 2020, they launched across Denver, and midway through the year raised a $2 million seed round.

The round included investors such as Kickstart Ventures, Peterson Ventures, Denver-focused VC Range Ventures,  Colorado brokerage 8Z Real Estate, and real estate photo company PlanOMatic. O’Neil also highlighted an investment from CarMax, which he said was a pioneer of the business model that Opendoor later applied to homes, and he’s now applying to renters.

“The single biggest pain point for landlords is finding tenants and getting their rent,” Burrows said.

Mike del Prete, a leading analyst of the iBuyer industry and an advisor to the company, agrees.

“It gives landlords a guarantee in a really uncertain world – especially in renting – where vacant properties have a real cost,” del Prete wrote to Insider. “The value proposition for landlords is a slam dunk.”

Nomad is focused on smaller landlords who own one or a few rental properties and don’t have thousands of properties that the large REITs and big-time investors can rely on to share the risk posed by vacant properties. Small landlords remain the vast majority of landlords in America, even as institutional single-family rental companies continue to grow in size.

Key to the company’s model is underwriting the risk that Nomad takes on by guaranteeing rent without having a renter lined up. O’Neil said that as the company grows in size, and eventually beyond Denver, risk will be reduced by the diversity and size of the portfolio, similar to his former employer Opendoor.

There’s also a much closer alignment of lease terms than in other industries that take on similar risks, like coworking and short-term rentals. Nomad offers to pay rent for two to three years, while renters sign one to two-year leases, instead of signing a 10-year office lease to lease space out month-to-month.

While the company has all of these safeguards in place to lower risk, sudden market moves or economic shifts could hit the company hard. However, these same potential risks are exactly why landlords looking for a consistent, safe investment would be drawn to the product, or so the argument would go. 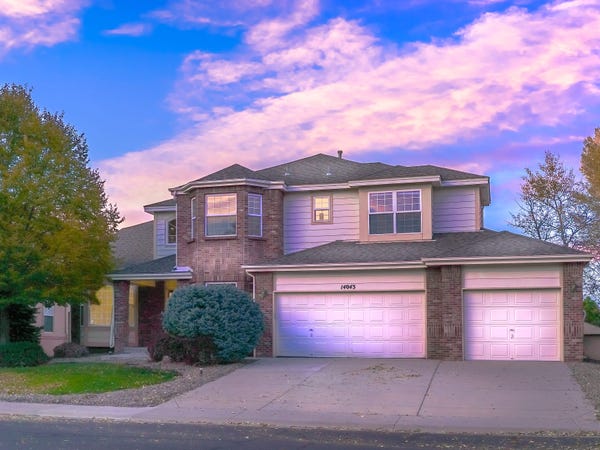 Nomad only operates in Denver right now, but O’Neil plans to launch more markets soon. The company also plans to grow into new service areas, with brokerage as the next step. Nomad already does extensive underwriting of the properties it offers iRenting to and is able to offer this to people looking to purchase an investment property.

“We helped a woman in San Francisco, who had never stepped foot in Denver, buy a home there,” O’Neill said. “Her first day in Denver was the inspection of the home in the contract. She bought the home sight unseen, without team acting as her eyes.”