Ark's Cathie Wood says Tesla and Square are on the 'right side of change' after investing in bitcoin, but widespread adoption of the digital token will take more time 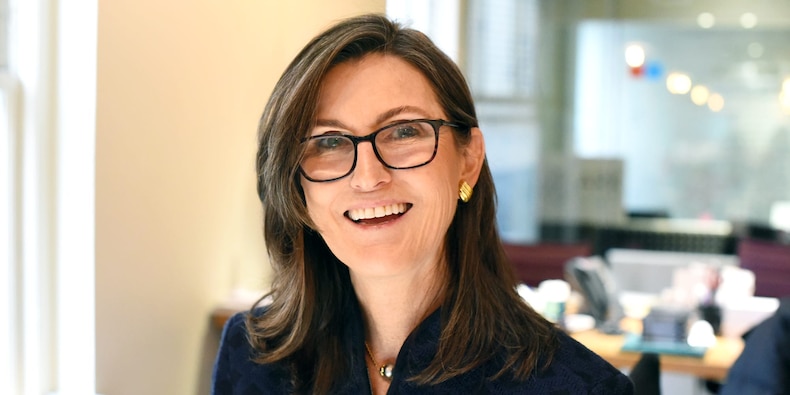 “They’re on the right side of change when it comes to innovation,” Wood said about Tesla and Square during a Wednesday CNBC interview.

Tesla revealed last week it had bought up $1.5 billion of bitcoin in January and plans to begin accepting the cryptocurrency as a form of payment in the near future. Meanwhile Square purchased $50 million worth of bitcoin in October of last year, which represents approximately 1% of the firm’s total assets.

The manager, who returned more than 150% in 2020, said it’s wise for Tesla and Square to “diversify their cash.” Tesla is the top holding in Wood’s flagship fund, the Ark Innovation ETF. Square is the third.

While Wood said she expected institutional interest in bitcoin to pick up in 2021, she added that she is surprised at the way in which interest has grown.

“I don’t think we ever thought there would be a  broad-based  substitution of Bitcoin for cash on corporate balance sheets,” Wood said. “We find that very interesting.”

Wood also said that if all corporations put 10% of their cash into bitcoin, the token’s price would rise by more than $200,000. Bitcoin is currently hovering around $51,000 after hitting a record high Wednesday morning.

While that price gain would surely excite the crypto community, Wood said she doesn’t expect that to happen anytime soon, especially since bitcoin’s $900 billion market capitalization is still less than half of those of the “Amazon’s and Apple’s.”

“This has to mature a little bit before a based adoption can take place,” said Wood.

The investing titan also said that Gary Gensler’s appointment to lead the SEC raises the prospect of a bitcoin ETF finally being approved in the US. Gensler teaches a blockchain technology class at MIT Sloan School of Management and understands the digital currency space, Wood added.