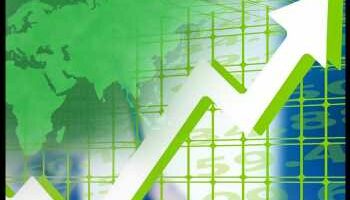 Asian stock markets are trading mostly higher on Tuesday, despite the absence of fresh cues from Wall Street, which was closed overnight for a holiday, on a jump in crude oil prices and optimism for continued economic recovery. This offset concerns about the rising spread of the delta variant of the coronavirus in the region and growing worries about China’s crackdown on local tech companies. Asian stocks ended on a mixed note Monday.

The World Health Organization (WHO) director general Tedros Adhanom Ghebreyesus warned on Saturday the world is currently in a very dangerous period of the pandemic and the delta variant is continuing to evolve and mutate.

The Australian stock market is modestly lower, giving up early gains on Tuesday, after the gains of the previous two sessions, with the benchmark S&P/ASX 200 just below the 7,300 level, following the absence of fresh cues from Wall Street, which was closed overnight for a holiday. Traders are cautious ahead of the Reserve Bank of Australia’s monetary policy decision later in the day. The market was supported by mining and energy stocks.

Among the major miners, BHP Group and Fortescue Metals are gaining more than 1 percent each, while Rio Tinto is up almost 1 percent. Mineral Resources and OZ Minerals are edging up 0.4 percent each.

Oil stocks are higher. Oil Search is gaining almost 3 percent, while Santos and Woodside Petroleum are up more than 2 percent each. Beach energy is adding more than 3 percent and Origin Energy is up almost 1 percent.

Among the big four banks, ANZ Banking, Commonwealth Bank, National Australia Bank and Westpac are all gaining almost 1 percent each.

Among tech stocks, Afterpay is edging up 0.1 percent. Appen is declining more than 3 percent, while Xero and WiseTech Global are losing almost 1 percent each.

Another gold miner Ramelius Resources missed its June quarter production guidance, and is now expected to miss its upgraded full-year target also. The stock is down more than 4 percent.

In other news, shares in Opthea are surging more than 8 percent after the biotech was granted Fast Track designation by the US Food and Drug Administration (FDA) for its VEGF-C/-D ‘trap’ inhibitor, OPT-302, in combination with anti-VEGFA therapy for the treatment of patients with neovascular (wet) age-related macular degeneration (AMD).

In economic news, the Reserve Bank of Australia will wrap up its monetary policy meeting on Tuesday and then announce its decision on interest rates. The RBA is widely expected to keep its benchmark lending rate steady at 0.1 percent.

Australia also will see June results for the inflation forecast from TD Securities and the Melbourne Institute. In May, the forecast called for a decline of 0.2 percent on month.

In the currency market, the Aussie dollar is trading at $0.756 on Tuesday.

The Japanese stock market is modestly higher in choppy trading on Tuesday, recouping some to the losses of the previous session, with the benchmark Nikkei index above the 28,700 level, despite the absence of fresh cues from Wall Street, which was closed overnight for a holiday, as traders digested upbeat local data that showed household spending rising.

However, traders remain concerned after Tokyo reported 342 fresh coronavirus infections on Monday. There are also reports that the Japanese government is potentially keeping the quasi-state of emergency covering Tokyo in place during the Summer Olympics as infections continue to accelerate after the recent slight respite.

Market heavyweight SoftBank Group is gaining more than 1 percent and Uniqlo operator Fast Retailing is adding almost 1 percent. Among automakers, Honda and Toyota are edging up 0.2 percent each, while Nissan Motor is adding more than 2 percent.

In the tech space, Advantest and Screen Holdings are edging down 0.3 percent, while Tokyo Electron is flat. In the banking sector, Mitsubishi UFJ Financial, Mizuho Financial and Sumitomo Mitsui Financial are gaining almost 1 percent each.

Conversely, Kuraray and Yamaha Motor are losing more than 3 percent, while Mitsubishi Motors is declining almost 3 percent. Toyo Seikan Group and Nexon are down more than 2 percent each.

In economic news, the average of household spending in Japan was up 11.6 percent on year in May, the Ministry of Internal Affairs and Communications said on Tuesday – coming in at 281,063 yen. That beat forecasts for an increase of 10.9 percent following the 13.0 percent spike in April. On a monthly basis, household spending was down 2.1 percent – but that beat expectations for a decline of 3.7 percent following the 0.1 percent gain in the previous month. The average of monthly income per household stood at 489,019 yen, down 2.6 percent on year.

In the currency market, the U.S. dollar is trading in the higher 110 yen-range on Tuesday.

Overnight, the U.S. markets were closed for the Independence Day holiday.

Meanwhile, the major European markets moved to the upside on the day amid rising optimism about economic rebound on the back of data showing stronger than expected growth of eurozone private sector. The U.K.’s FTSE 100 climbed 0.58 percent, Germany’s DAX edged up 0.08 percent and France’s CAC 40 gained 0.22 percent.