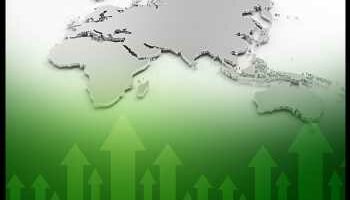 As widely expected, the Fed hiked interest rates by 50 basis points and said another couple of similar hikes are likely after the upcoming meetings. However, Powell added that the central bank does not plan to raise interest rates as aggressively, as some had feared, in an effort to return elevated inflation to its 2 percent objective.

In addition, the Fed decided to begin reducing its holdings of Treasury securities and agency debt and agency mortgage-backed securities on June 1.

Geopolitical tensions also remained on investors’ radar as the European Union proposed a gradual ban on Russian oil in the sixth round of sanctions against Moscow, its toughest sanctions yet against Russia.

The Australian stock market is modestly higher on Thursday, recouping some of the losses in the previous three sessions, with the benchmark S&P/ASX 200 staying above the 7,300 level, following the broadly positive cues overnight from Wall Street, with gains in energy, materials and technology stocks. Investor sentiment was boosted after US Fed chair Jerome Powell ruled out aggressive interest rate hikes as feared earlier following the 50 basis points hike announced.

Among major miners, Rio Tinto and OZ Minerals are edging up 0.4 percent each, while Fortescue Metals is adding more than 2 percent, Mineral Resources is gaining almost 3 percent and BHP Group is edging up 0.5 percent.

Oil stocks are strong. Beach energy is advancing almost 3 percent and Origin Energy is edging up 0.4 percent, while Santos and Woodside Petroleum are gaining almost 2 percent each.

In the tech space, WiseTech Global and Appen are surging more than 5 percent each, while Xero and Block are gaining almost 2 percent each. Zip is advancing almost 4 percent.

Among the big four banks, ANZ Banking is declining almost 2 percent and Westpac is slipping almost 1 percent, while Commonwealth Bank is flat. National Australia Bank is losing more than 2 percent despite reporting higher first-half cash profit that came in line with expectations and raising dividend by more than 20 percent.

Among gold miners, Northern Star Resources is up almost 2 percent and Newcrest Mining is gaining almost 1 percent, while Evolution Mining, Resolute Mining and Gold Road Resources are adding more than 2 percent each.

In other news, shares in Alliance Aviation are skyrocketing almost 25 percent after Qantas agreed to buy the charter flight operator for $919 million.

In economic news, Australia posted a merchandise trade surplus of A$9.314 billion in March, the Australian Bureau of Statistics said on Thursday. That topped expectations for a surplus of A$8.5 billion and was up from A$7.457 billion in February. Imports fell A$1.949 billion or 5.0 percent A$40.139 billion, driven by decreases in imports of processed industrial supplies. Exports fell A$72 million (0 percent) to A$49.453 billion, driven by falls in exports of non-monetary gold and cereal grains and cereal preparations.

In the currency market, the Aussie dollar is trading at $0.724 on Wednesday.

In the currency market, the U.S. dollar is trading in the lower 129 yen-range on Wednesday.

Elsewhere in Asia, New Zealand, China, Hong Kong, South Korea, Malaysia and Taiwan are higher by between 0.2 and 0.9 percent each. Singapore is relatively flat. The markets in South Korea and Japan are closed for Children’s Day, while Indonesia is closed for Eid-ul-Fitr.

On Wall Street, stocks moved sharply higher going into the close of trading on Wednesday after showing a lack of direction for much of the session. The major averages all showed substantial moves to the upside, adding to the gains posted early in the week.

Meanwhile, the major European markets moved to the downside on the day. While the German DAX Index fell by 0.5 percent, the U.K.’s FTSE 100 Index slid by 0.9 percent and the French CAC 40 Index slumped by 1.2 percent.