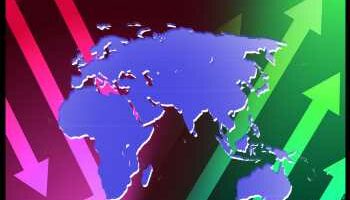 Asian stock markets are trading mixed on Tuesday, following the mixed cues from Wall Street overnight, with a dip in crude oil prices and the surge in the spread of the delta variant of coronavirus in several countries weighing on investor sentiment. The spread of the virus in several markets in the region is also slowing down the pace of the economic recovery from the pandemic. Asian stocks ended mostly higher Monday.

The Australian stock market is modestly lower on Tuesday, retreating from the all-time highs reached in the previous session, with the benchmark S&P/ASX 200 falling below the 7,500 level, following the mixed cues from Wall Street overnight, with materials, gold miners and energy stocks dragging the market. Traders remain concerned about the spread of the highly contagious coronavirus variants primarily in New South Wales, threatening to weigh on the economy.

Among the major miners, BHP Group is edging down 0.2 percent, Fortescue Metals is losing more than 1 percent and Rio Tinto is down almost 1 percent. Mineral Resources is edging down 0.5 percent. OZ Minerals is declining almost 2 percent.

Oil stocks are lower after crude oil prices tumbled overnight. Santos is edging down 0.5 percent, while Woodside Petroleum and Beach energy are losing almost 1 percent each. Oil Search is edging up 0.1 percent and Origin Energy is up more than 1 percent.

Among the big four banks, Commonwealth Bank is flat, while National Australia Bank and Westpac are edging down 0.4 percent each. ANZ Banking is edging up 0.1 percent.

Among tech stocks, Xero is gaining almost 2 percent, Appen is adding almost 4 percent and WiseTech Global is up almost 1 percent. Afterpay is building on yesterday’s 18.8 percent rise in the wake of the Square takeover deal. It is up almost 13 percent today.

In other news, about 2,500 frontline Qantas and Jetstar employees will be stood down for an estimated two months in response to ongoing COVID outbreaks. Qantas is down almost 2 percent.

Construction materials firm Brickworks announced the $70 million purchase of several Southfiled Corp. assets in the US, including the Illinois Brick Company (IBC). The stock is up more than 2 percent.

In economic news, the Reserve Bank of Australia will wrap up its monetary policy meeting on Tuesday and then announce its decision on interest rates. The RBA is widely expected to keep its benchmark lending rate steady at 0.20 percent.

In the currency market, the Aussie dollar is trading at $0.737 on Tuesday.

The Japanese stock market is notably lower on Tuesday, giving up some of the sharp gains of the previous session, with the benchmark Nikkei index just above the 27,500 mark, following the mixed cues from Wall Street overnight, as traders are spooked after more prefectures are under the state of emergency until the end of the month amid the surge in the coronavirus’s delta variant infections.

In the tech space, Advantest is gaining more than 1 percent and Screen Holdings is adding almost 1 percent, while Tokyo Electron is edging down 0.4 percent. In the banking sector, Mitsubishi UFJ Financial, Mizuho Financial and Sumitomo Mitsui Financial are losing almost 2 percent each.

In economic news, consumer prices in the Tokyo region were down 0.1 percent on year in July, the Ministry of Internal Affairs and communications said on Tuesday. That was in line with expectations following the flat reading in June. Core CPI, which excludes volatile food prices, was up an annual 0.1 percent – exceeding expectations for a flat reading, which would have been unchanged. On a seasonally adjusted monthly basis, overall inflation was up 0.1 percent and core CPI rose 0.3 percent.

In the currency market, the U.S. dollar is trading in the lower 109 yen-range on Tuesday.

On Wall Street, stocks moved to the upside early in the trading day on Monday but gave back ground over the course of the session. The major averages pulled back well off their early highs, with the Dow and the S&P 500 ending the day in negative territory.

Meanwhile, the major European markets also moved to the upside on the day. While the French CAC 40 Index jumped by 1 percent, the U.K.’s FTSE 100 Index advanced by 0.7 percent and the German DAX Index inched up by 0.2 percent.

Crude oil prices fell sharply Monday due to rising concerns about the outlook for energy demand amid a surge in the delta variant of the coronavirus in several countries. West Texas Intermediate Crude oil futures for September plunged $2.69 or 3.6 percent at $71.26 a barrel.