SYDNEY (Reuters) – Asian shares held near an eight-month peak on Thursday as investors awaited developments on Sino-U.S. trade talks, with both sides appearing closer to signing a deal and improved risk appetite weighing on safe-haven assets like the yen. 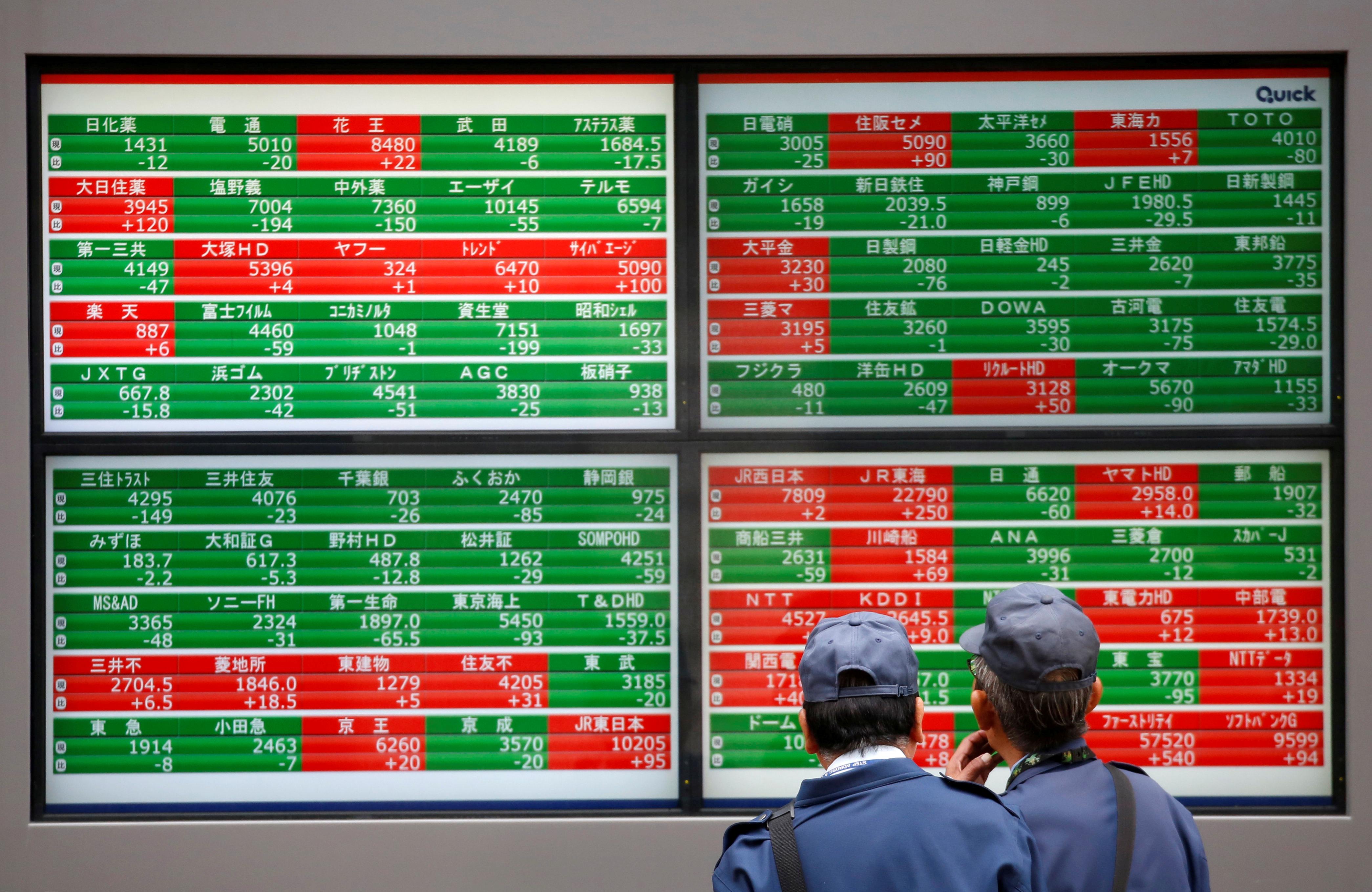 MSCI’s broadest index of Asia-Pacific shares outside Japan took a breather after five straight days of gains took it to its highest since late August. Chinese shares started firm with the blue-chip index up 0.9 percent. Hong Kong’s Hang Seng index was a tad softer.

Investors are worried about a sharp slowdown in economic growth in the first quarter.

“The focus will remain on the ongoing US-China trade negotiations and the U.S. labour data on Friday,” Mapa added.

Risk sentiment this week was helped by media reports touting progress in Sino-U.S. trade talks. Bloomberg reported on Thursday the U.S. wanted to set a 2025 target for China to meet trade pledges.

The plan would see China committing to buy more U.S. commodities, including soybeans and energy products, and allow full foreign ownership for U.S. companies operating in China as a binding pledge.

On Wednesday, the Financial Times reported the United States and China were closer to reaching a final trade agreement.

Investors are keen to see if the ongoing talks lead to an earlier-than-anticipated meeting between U.S. President Donald Trump and his Chinese counterpart Xi Jinping to sign an accord.

Overnight, Wall Street edged higher to extend a strong start to the quarter as a rally among chipmaker shares provided a boost to the broader market. [.N]

Moves in the currency market were miniscule after bigger swings overnight. All the major currencies gained on the safe-haven yen with the risk-sensitive Australian dollar touching a five-week high.

Sterling gained to $1.3177 after British Prime Minister Theresa May held talks with the opposition Labour party in a bid to break the Brexit deadlock that may lead to a softer departure deal with the EU.

The lower house of Britain’s parliament late on Wednesday also narrowly passed legislation which would force May to seek a delay to Brexit in order to prevent the risk of leaving without a deal on April 12.