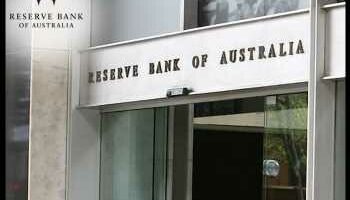 Australia’s central bank decided to keep its key interest rate unchanged at a record low and confirmed to taper its bond purchases.

The policy board of the Reserve Bank of Australia headed by Governor Philip Lowe decided to leave its cash rate unchanged at a record low of 0.10 percent.

The board maintained the target of 10 basis points for the April 2024 Australian Government bond.

The RBA pressed ahead with tapering its asset purchases. The bank today decided to purchase government securities at the rate of A$4 billion a week and to continue the purchases at this rate until at least mid February 2022.

The Bank pitched the decision as providing more stimulus as it now pledged to extend those purchases “at least until February 2022” instead of the Bank’s previous commitment to keep them in place until mid-November, Marcel Thieliant, an economist at Capital Economics, said.

In extending the review date from mid November to mid February, it has effectively lifted the purchases it is likely to have expected in August by around A$13 billion, Bill Evans at Westpac, said.

GDP is expected to decline materially in the September quarter and the unemployment rate will move higher over coming months, the bank said.

The bank said the economy will be growing again in the December quarter and is expected to be back around its pre-Delta path in the second half of next year.

However, the bank noted that this setback to the economic expansion is expected to be only temporary. The Delta outbreak is expected to delay, but not derail, the recovery.

The board repeated that it will not increase the cash rate until actual inflation is sustainably within the 2 to 3 percent target range. The central scenario for the economy is that this condition will not be met before 2024.