Hundreds of thousands of small businesses are closing for good. Temporary layoffs at larger companies are becoming permanent. But the country’s largest banks, which together serve a majority of Americans through loans, credit cards or deposit services, are not raising an alarm.

In their third-quarter earnings reports this week, big banks have said they are generally prepared for a wave of loan defaults they expect in the second half of next year. And their own fortunes are just fine: A trading and investment banking bonanza on Wall Street is helping them stay profitable.

A few common themes have emerged from the reports.

The pandemic has made for a turbulent year across a wide range of markets, but all the trading that investors have done in response has kept the revenue rolling into the banks.

In a call with analysts, Goldman executives said some of the boom had come because the firm increased its share of trading activity on behalf of the market’s 1,000 biggest money managers and other active traders who give business to Wall Street.

Goldman’s asset-management operations benefited from a rally in stock prices as well. A rise in the value of its positions in companies like the online commerce platform BigCommerce (up more than 40 percent since its shares began trading in August) and the medical equipment maker Avantor (up nearly 30 percent this year) helped the division generate 71 percent more revenue.

But it was not just Goldman that benefited. Bank of America’s investment banking business had the second-best performance in its history in the third quarter, trailing only this year’s second quarter, according to the bank’s chief financial officer. At JPMorgan Chase, trading revenue rose 21 percent and investment banking revenue 52 percent from a year earlier.

Customers Are Hanging On 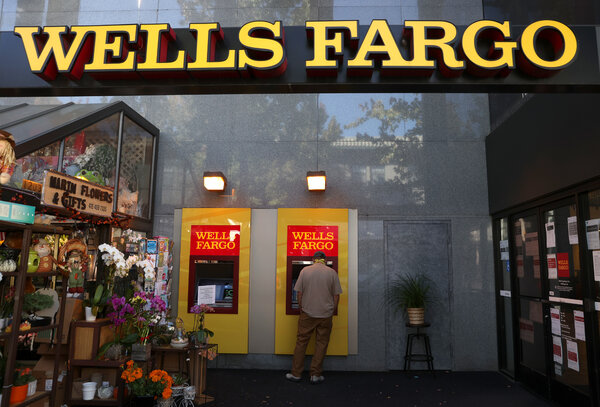 Steeling themselves for widespread defaults by customers unable to pay credit-card, home-loan or other debts because of the pandemic, the biggest banks have sent vast sums of cash into special pools they will draw from to cover losses in the future. But in general, the banks say, their customers are doing better than they expected.

The reason? Bank officials pointed to the trillions of dollars the federal government has distributed in the form of enhanced unemployment benefits, forgivable small-business loans and other programs created this spring by the CARES Act.

“Recent economic data has been more constructive than we would have expected earlier this year,” JPMorgan’s chief financial officer, Jennifer Piepszak, said on a call with journalists on Tuesday. “Over all, consumer customers are holding up well. They have built savings relative to pre-Covid levels and, at the same time, lower debt balances.”

This quarter, the banks each set aside less money than in previous quarters to prepare for losses. Bank of America and JPMorgan Chase said their credit-card customers were making their payments again.

The bank with the most strained customers seems to be Wells Fargo, which said it had spent nearly $1 billion trying to help customers who were struggling to repay their loans come up with new payment plans to keep them from defaulting. Even so, the bank said, its borrowers are less likely to fall behind now than they were earlier this year.

More Stimulus? Don’t Count on It

While government relief programs have prevented serious problems so far in the financial sector, none of the banks are banking on more stimulus.

In their economic forecasting, each bank takes a range of possible outcomes into account, from better than expected to doomsday. On Wednesday, Bank of America’s chief financial officer, Paul Donofrio, said just one of the scenarios it was looking at might contain more stimulus money. And that model is based on a consensus of various Wall Street economists’ forecasts; the bank’s own internal models aren’t counting on further relief.

JPMorgan’s economic forecast accounts for the effects of a government stimulus package only until the end of 2020. No more stimulus is built into its models for 2021.

The bank’s chief executive, Jamie Dimon, and his peers have all pointed out that the industry is grappling with a great deal of uncertainty about the future. JPMorgan might be overprepared if the economy fares better than expected — but a worst-case scenario could still expose the bank to heavy losses.

Although his bank is not expecting further federal relief next year, Mr. Dimon said another round of stimulus would be important.

Indeed, calls for more government aid to struggling businesses are growing, even as an impasse in Washington seems unlikely to end as Election Day draws near.

On Wednesday, a former Goldman Sachs executive, Gary Cohn — who served for a year as President Trump’s economic adviser — urged lawmakers to get a deal done quickly.

“This isn’t a matter of politics, this is a matter of protecting our economy as we know it,” Mr. Cohn wrote on Twitter.

SNP shamed: Sturgeon savaged for ‘appalling’ plot to rush through independence in a year