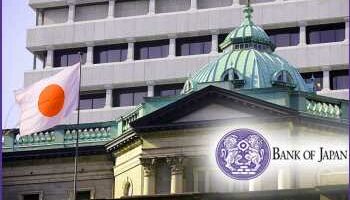 The Bank of Japan left its yield curve control, a core pillar of the monetary policy, unchanged on Wednesday, defying expectations for a tweak in its ultra-loose monetary regime as the central bank spend trillions to safeguard the yield target.

The Policy Board of the BoJ, led by Governor Haruhiko Kuroda, unanimously decided to maintain a negative interest rate of -0.1 percent on current accounts that financial institutions maintain at the central bank.

The bank will also continue to purchase a necessary amount of JGBs without setting an upper limit so that 10-year JGB yields will remain at around zero percent.

After unexpectedly expanding the tolerance band of 10-year JGB yields in December, the bank today maintained the stance that it will allow yields to fluctuate in the range of plus and minus 0.5 percentage points from the target level.

The increase in its medium-term inflation forecasts by BoJ suggests that YCC will be abandoned once a new Governor takes over in April, Capital Economics economist Marcel Thieliant said.

The economist said the case for abandoning the policy look increasingly compelling as the government is unhappy with soaring inflation with wage growth failing to keep up and real wages plummeting. Moreover, the aim of improving market functioning by widening the tolerance band has not been met, Thieliant added.

Reports suggested that the current Deputy Governor Masayoshi Amamiya or his predecessor Hiroshi Nakaso are the front-runners in the race to be at the helm of the Japanese central bank when Kuroda’s term ends on April 8.

The BoJ also decided to extend by one year the deadline for loan disbursement under the Fund-Provisioning Measure to Stimulate Bank Lending and to expand the range of eligible counterparties for the Funds-Supplying Operations to Support Financing for Climate Change Responses.

The bank also enhanced the Funds-Supplying Operations against pooled collateral.

For the fiscal 2024, inflation is seen at 1.8 percent, up from 1.6 percent estimated in October. The upward revision reflects the waning of the effects of those measures pushing down energy prices of the previous year.

At the same time, the bank downgraded its real growth projections for the fiscal 2022 and 2023 citing overseas economies deviating downward from the baseline scenario, although government measures contributed positively to growth.

Due to a waning of the effects of those measures pushing up the economy of the previous year, the projection for the fiscal 2024 was downgraded to 1.1 percent from 1.5 percent.