Banks’ fundraising may be hit by Sebi’s perpetual bonds rule

This is a key reason for the finance ministry’s objection to fixing the tenure at 100 years, as it is pushing PSBs to be self-dependent and raise funds from the market, reports Hamsini Karthik. 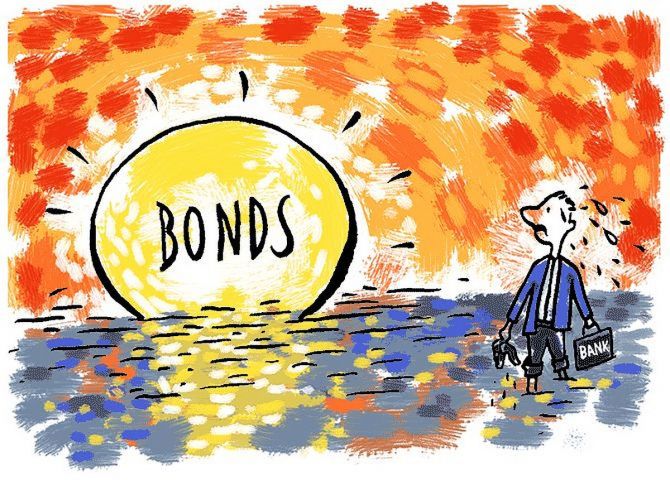 The RBI set the cat among the pigeons when it decided to write down YES Bank’s additional tier-1 (AT-1) bonds.

Issues such as value impairment and mis-selling came to light, and Sebi has, since then, been working on improving regulations.

AT-1 bonds are bond instruments issued by banks that are perpetual and cannot be redeemed. They come with a call option that banks usually exercise after five years. Recently, Sebi issued a directive to MFs that AT-1 bonds have to be valued assuming a 100-year maturity, against valuing them on the callable period, as done now.

Further, MFs should not invest more than 10 per cent of the scheme’s corpus in perpetual bonds, or take exposure above 5 per cent to a perpetual bond of the same firm.

Set to take effect on April 1, the finance ministry was quick to retort, especially on valuations.

The proposed change in valuation method, based on initial market feedback, could result in an immediate 100-200-bp rise in yield, given that G-Secs of shorter duration have lower yield than those with duration of 30-plus years.

The sudden expansion in spread may not make the instrument viable for all, and with MFs accounting for Rs 25,000-30,000 crore of the overall Rs 90,000-crore AT-1 market, there are fears of redemption in the debt market, says Anil Gupta, ICRA vice-president and sector head (financial sector ratings).

“Implication will be felt across corporate bond instruments given that to generate liquidity for AT-1 bond redemption, various other instruments will also be redeemed,” he explained. Perpetual bonds are considered the easiest source of capital for banks. Therefore, Suresh Ganapathy of Macquarie Capital says, Sebi’s directive could make it difficult for banks to raise funds through these bonds.

This is a key reason for the finance ministry’s objection to fixing the tenure at 100 years, as it is pushing PSBs to be self-dependent and raise funds from the market.

Sebi’s intention appears to be plugging mis-selling and improper pricing, given that they are often sold as FDs, while in reality they tend to be riskier than equity — especially at the point of non-viability (or default) and those that are not actively traded.

In developed markets, AT-1 bonds price in the probability of non-call and default, whereas in India they don’t.

Ananth Narayan, independent market expert, completely endorses Sebi’s intent, but the repercussion could be that “even the 99 per cent of AT-1 bonds that are okay will get hammered because of the 1 per cent in trouble”.

For now, given the criticality, experts are hopeful that Sebi will reconsider the valuation methodology.