Believe it or not, dollar stores are thriving

Dollar General (DG) CEO Todd Vasos this week said the retail giant has been attracting customers earning $100,000 a year in recent weeks. Inflation has pushed up prices for groceries and gas, and now these shoppers are turning to Dollar General and others to try to save money.
“The highest trade-in that we’ve seen and the most robust has actually been between the $75,000 and $100,000 group,” Vasos said at a retail conference Wednesday. Some of these customers first shopped at Dollar General earlier in the pandemic and have now returned, he added.

Dollar General has been a lifeline for lower-income shoppers, particularly in rural areas with few other retail options. The company says its “core customer” makes under $40,000 a year. 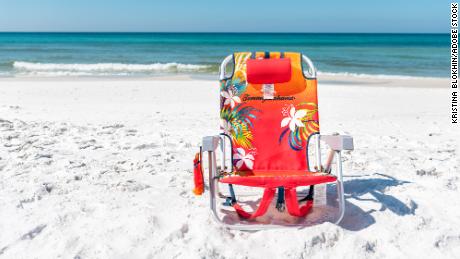 In recent years the chain has added more discretionary products to its shelves, such as home goods and beauty products, to attract wealthier customers.

The trends at Dollar General show that inflation has impacted consumers’ shopping habits across multiple income levels, and it’s not the only company benefiting from the shift.
“We’re seeing a very value-oriented consumer at all demographic bands and income strata,” Best Buy CEO Corie Barry said on a call with reporters last week.

Rivals Dollar Tree (DLTR) and Walmart (WMT) have also noted that they’re seeing more higher-income consumers in their stores.
Dollar Tree CEO Mike Witynski last month said that the bulk of the chain’s new customers in the past year have an annual household income over $80,000.
And Walmart CFO John David Rainey told CNBC last month that about three-quarters of the company’s second quarter market share gains in food came from customers with annual household incomes of $100,000 or more.

High-income diners are also dropping pricier restaurants for budget-friendly chains like Applebee’s and IHOP.
Sales at the two chains, both owned by Dine Brands (DIN), grew about 6% to 8% among households earning over $75,000 per year in the second quarter, according to company CEO John Peyton.
Source: Read Full Article