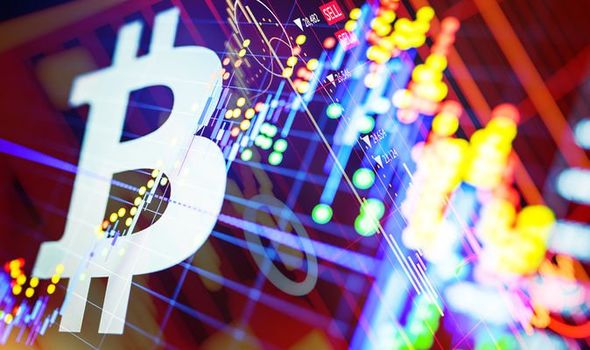 The cryptocurrency has fallen in price for seven consecutive days over the last week – the longest losing streak since 2018. The plunge comes just two months after bitcoin hit an all-time high of $68,000. Bitcoin is now trading at just above $41,000 but experts fear falling below $40,000 could trigger a steep sell-off. A similar price collapse was seen last year when China announced a ban on Bitcoin miners, but the price eventually recovered rocketing to new record-highs.

THIS BLOG HAS NOW CLOSED.

That’s the end of our live Bitcoin coverage for today.

Here’s a round-up of the main points:

-Bitcoin prices fell to the lowest trading value for five months at $40,902.25-The slump followed remarks made by the US Federal Reserve suggesting America’s central bank may raise interest rates sooner than expected-The cryptocurrency is experiencing the worst start to the new year since 2012-Crypto analyst Marcus Soitiriou said trading at $40,000 is a “key level of support” for bitcoin

Value continues to rise and fall

The value of Bitcoin continues to fluctuate this evening.

For now the cryptocurrency is holding the barrier of $40,000, which according to Crypto analyst Marcus Sotiriou, from digital asset broker GlobalBlock is a “key level of support”.

Elon Musk blasted for Bitcoin stance: ‘Doing it for the press’

Elon Musk has been slammed for his comments on Bitcoin as finance expert Carol Alexander claims he is “doing it for the coverage”.

The Teslo CEO, who is an influential figure in the world of crypto, but finance expert at the University of Sussex, Carol Alexander, tells Express.co.uk that Mr Musk does it for the media coverage.

She said: “The reason Elon Musk makes a big noise about it is because he wants the press coverage.

“He just gets a kick out of influencing and flex his muscles.”

Bitcoin has bounced back above $41,000 after the lowest slump in five months.

Chief market analyst at Avatrade, Naeem Aslam said the “main culprit” behind the dip is the US Federal Reserves decision to “withdraw massive liquidity, which has been pumped into markets since the onset of the coronavirus pandemic.”

‘If inflation doesn’t come down like the Fed thinks, all bets are off’

Mr Novogratz, who is the chief executive of crypto investment management company Galaxy Digital told CNBC: “On the charts, $38,000, $40,000 feels like where we should bottom”.

He added: “I know big institutions who are going through their process to put positions on and so I think they’re gonna see those as attractive levels to buy.”

However, Novogratz also warned that if the US Federal Reserve failed to get a handle on inflation, the situation could spiral out of control.

He said: “If inflation doesn’t come down like the Fed thinks, all bets are off.”

Bitcoin has hit its longest losing streak since 2018 after falling in price for seven days in a row over the last week.

Crypto analyst Marcus Sotiriou, from digital asset broker GlobalBlock, said trading at $40,000 is a “key level of support” for bitcoin.

He told the Independent: “Even though it has had a weak reaction so far, I expect upside in the short term, due to the interaction with such a significant level.”

Good afternoon I’m Francesca Edwards. I’ll be bringing you all the latest developments on Bitcoin for the next eight hours.

Please feel free to get in touch with me if you have a story or tips to share! Your thoughts are always welcome.

Bitcoin could finish out the year at below $20,000, according to one expert.

“Tighter Federal Reserve policy affects not only interest rates but the equity risk premium as the Fed withdraws funds from the capital markets.

“Riskier investments such as unprofitable tech, meme stocks and cryptocurrency are disproportionately affected relative to the rest of the market since those investments are approximately twice as volatile as the overall market so have double the risk premium as the average stock.”

Worst start to the year since 2012

Bitcoin is experiencing the worst start to a new year since 2012 as its value continues to plunge.

The original cryptocurrency dipped below $40,000 for the first time since September, putting it on pace for its worst start to a year since in a decade.

Bitcoin fell by six percent to $39,774 in New York trading, bringing its loss this year to about 14 percent.

Why is the crypto market so volatile?

The first cryptocurrency was created more than 10 years ago.

But the crypto market continues to be highly volatile, with prices of cryptocurrencies soaring or plummeting within hours.

Corrections of 50 percent or more happen multiple times a year to all major coins.

Marcus de Maria, Co-Founder and CEO of Investment Mastery, told Express.co.uk: “Data shows that most coins are held in wallets and very few on exchanges, creating a lack of liquidity.

“If a bigger player wishes to buy or sell, the impact on price is quite large, hence the volatility.”

Bitcoin could reach a milestone value of $100,000 (£74,000) this year as it continues to take market share from gold, according to Goldman Sachs.

Analysts at the Wall Street bank estimate that Bitcoin’s market capitalisation is just under $700billion (£516billion).

The bank added that while Bitcoin’s consumption of natural resources may be a barrier to institutional adoption, this would not hurt demand for the asset.

The fall comes just two months after bitcoin hit an all-time high above $68,000.

It is typical for all-time price highs to be followed by a significant price correction, but the severity of the recent drop could signal the end of the 2020/21 bullrun.

Bitcoin prices have tumbled to the lowest level in months following remarks made by the US Federal Reserve.

Minutes from a meeting of the Federal Reserve suggested America’s central bank may raise interest rates sooner than anticipated.

That could have led to a knock-on effect for traditional investors who hold Bitcoin, as they pursue less risky assets instead.