Upscale fashion label Burberry has destroyed millions of dollars’ worth of clothing and perfume in a move questioned at its annual meeting.

“The cost of finished goods physically destroyed in the year was £28.6 million… including £10.4 million of destruction for beauty inventory,” the company’s annual report stated.

Burberry isn’t the first company to destroy goods. Richemont, a maker of luxury jewelry and watches including the Cartier brand, was reported to have disposed of 481 million euros ($557.2 million) worth of goods in May to prevent them being discounted on the secondary, or “grey” market, which reduces their appeal.

One Burberry investor asked at its annual meeting last week why shareholders couldn’t be given the opportunity to buy the unsold items. 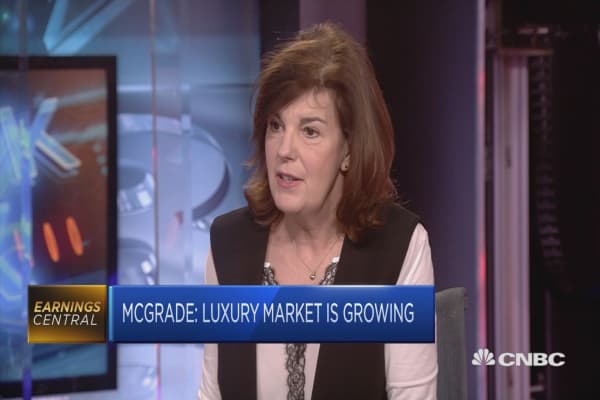 Burberry is quoted in U.K. newspaper The Times as saying it took the issue of waste “extremely seriously” and that more of its beauty products were destroyed than usual because the franchise was sold to Coty. The U.S. cosmetics company announced it would buy the long-term license for Burberry Beauty in a deal totaling $225 million in April 2017. Burberry also noted the practice is common in retail.

Burberry’s annual report states that it is “committed to reducing, reusing and recycling any waste we create” and that it donates leather offcuts to sustainable luxury company Elvis & Kresse, in a partnership that aims to transform at least 120 tons of leather into new products.

Some commentators argue that destroying goods in certain sectors provides protection for brands because companies have more control over how they are distributed and marketed. Mark Ritson, a professor of marketing at Melbourne Business School, wrote in industry magazine Marketing Week of Richemont’s move: “In the longer term, it will ensure a more exclusive brand, a more attracted customer base and a more supportive retail network.”

A Burberry spokesperson said in a statement emailed to CNBC: “Burberry has careful processes in place to minimize the amount of excess stock we produce. On the occasions when disposal of products is necessary, we do so in a responsible manner and we continue to seek ways to reduce and revalue our waste.”

The company added that it had partnered with organizations to help it meet responsibility goals for 2022, such as the Ellen MacArthur Foundation and its Make Fashion Circular initiative.

This article has been updated to include a statement from Burberry.