When September rolls around, it means one thing for many of the top filmmakers in the world – time to hit the road. Venice, Telluride and Toronto come in rapid succession, to the point of overlapping. But for documentary filmmakers eager to showcase their work, there’s another important stop to make in September: the Camden International Film Festival in mid-coast Maine.

“We are strategically aligned to be right after Toronto and a week after Telluride, and we’re documentary only,” emphasizes Ben Fowlie, festival founder and executive director of the Points North Institute, which stages CIFF. “In terms of being able to highlight some of the larger [awards] contenders, so to speak, we can do it in a way that puts them on the main stage… This is just the moment for us to recognize the incredible artistry behind the documentary films that we’re going to be talking about at the end of the year or beginning of next year.”

The online iteration of the 18th Camden International Film Festival wraps today, capping a 10-day schedule. The in-person portion concluded last Sunday night, a four-day rush that featured some of the biggest names in documentary, and films with serious prospects of Oscar recognition. Academy Award winner Laura Poitras brought All the Beauty and the Bloodshed, her film that just won the Golden Lion at Venice; two-time Oscar nominee Steve James shared his latest, A Compassionate Spy; Margaret Brown came with her upcoming Netflix release Descendant, winner of a Special Jury Award for Creative Vision at Sundance. Director Iliana Sosa and producer Emma D. Miller screened their awards contender What We Leave Behind days before its theatrical release.

Multiple Emmy nominee Chris Smith arrived from Telluride with Sr., his doc about actor-director Robert Downey Sr., made with the participation of Robert Downey Jr. At the Journey’s End space in Rockland, Maine, one of the festival’s primary venues, Smith spoke about the rewards of experiencing a festival in-person again. 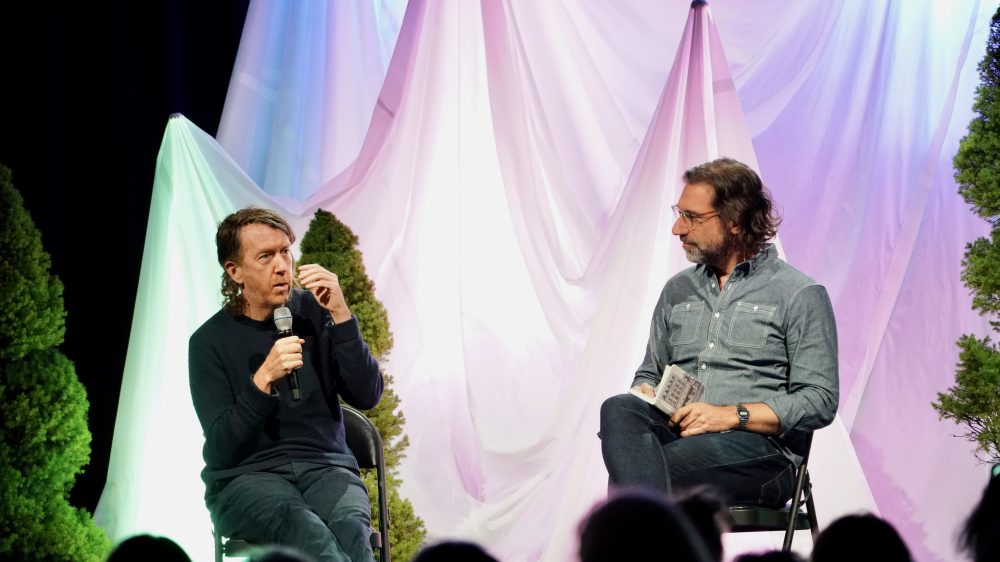 “Our last film came out during the pandemic and it was crazy how it was the first film I’d released that you didn’t do a festival and you didn’t talk about it, you didn’t have a sense of closure that you get from doing this [in person],” Smith said. “There was something that just never felt complete about it. So, I really appreciate being here and seeing people and talking to people.”

“It was a smaller program [in 2021]. Most of the filmmakers were based in the U.S. because international travel was still a challenge,” Fowlie recalls. “This year, the size of the program is kind of back to where it was in 2019, pre-Covid… And this ended up being certainly the most international fest we’ve had.”

Afghan filmmaker Tamana Ayazi, who is now based in London, traveled to CIFF with In Her Hands, her documentary co-directed with Marcel Mettelsiefen about one of Afghanistan’s few female mayors. CIFF also programmed the work of filmmakers hailing from India, Spain, Iran, Bangladesh and other points around the globe. Fowlie notes, “More international artists were here than ever before.” 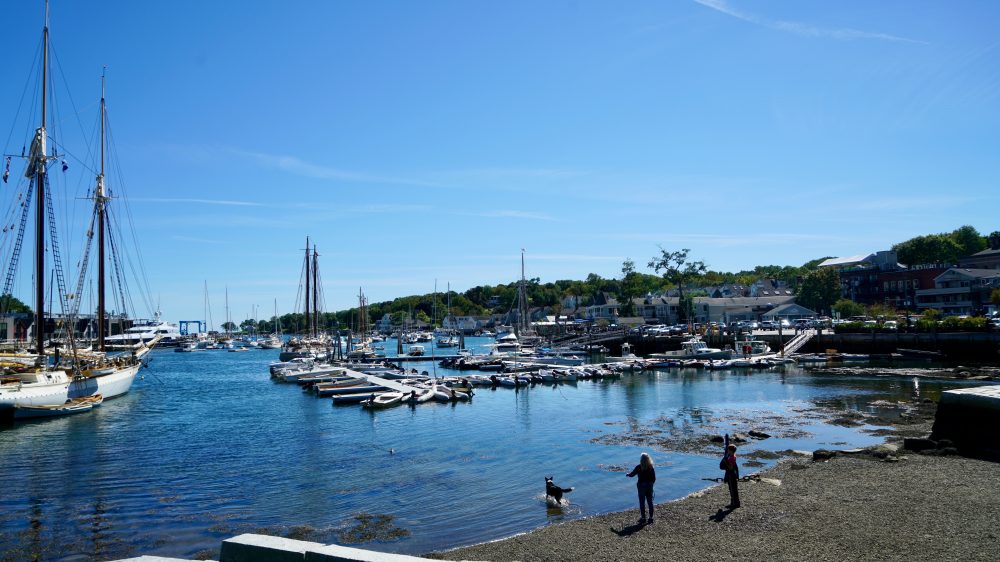 The festival lineup and beauty of coastal Maine draw a cross section of filmmakers, documentary funding organizations, distributors and other industry professionals to Camden. Many emerging artists are brought to the festival through generous fellowship programs, including the Points North Fellowship, North Star Fellowship, and LEF/CIFF Fellowship. This aggregation of documentary “stakeholders” offers CIFF and the Points North Institute the opportunity to impact the future direction of the field.

“In some ways that’s going to be the most important strategic goal for our institution over the coming years,” Fowlie says, “to really work with the industry as a whole to center filmmakers first, to think about how we can create a space that is primarily developed to support their creative needs.” 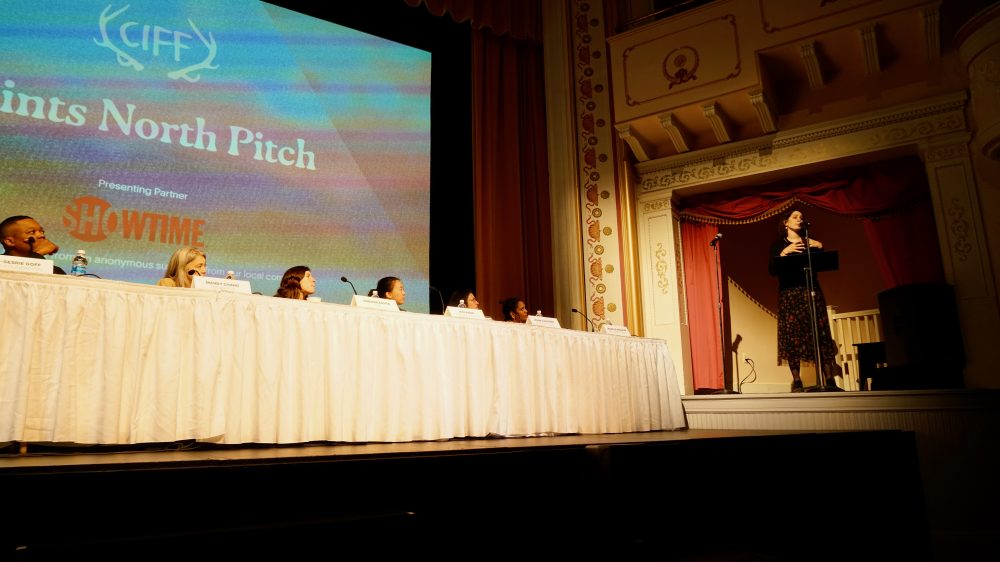 The Points North Pitch session has become one of the festival’s signature events, a public forum where “six teams of early- and mid-career filmmakers” get the chance to pitch their documentary projects before a supportive yet intimidating panel of industry heavyweights (Poh Si Teng of ABC News Studios, Noland Walker of ITVS, and Jon-Sesrie Goff of the Ford Foundation were among the panelists this year). Fellows get useful feedback and, if they’re really fortunate, a lead on potential funding or distribution.

“This festival was really important in our journey because I came to the pitching sessions here in 2019 when I didn’t know anybody,” he tells Deadline. “I met a couple of really key collaborators who helped fund parts of the project.” 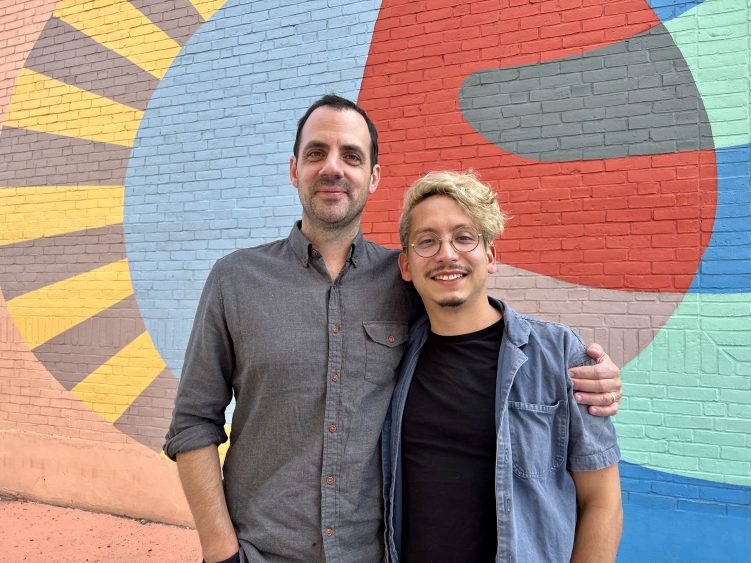 The festival has a way of nurturing young talent and creating a space for attendees to form connections organically. Oscar nominated producer Kellen Quinn and award-winning director Luke Lorentzen met for the first at CIFF about six years ago and went on to collaborate on the acclaimed 2019 documentary feature Midnight Family. Milton Guillén, a Nicaraguan-born filmmaker and teacher, experienced the festival at many levels before becoming CIFF’s senior programmer.

“I am a child of this festival. I’ve been made in this festival. My first movie premiered here… I was in the artist fellowships that we have,” Guillén tells Deadline, adding that he made a plea to Fowlie and previous senior programmer Samara Chadwick to join the programming team. “I was like, ‘I love you guys so much. I need to be involved.’ So, I joined the screening committee and I put my heart into it. And then when Samara left, I was like, ‘Guys, I’m here for you. I want to do this.’”

Guillén says that while the sky’s the limit for growth of the Points North Institute and its fellowship programs, he would like to see the festival remain the cozy, convivial event it has become. 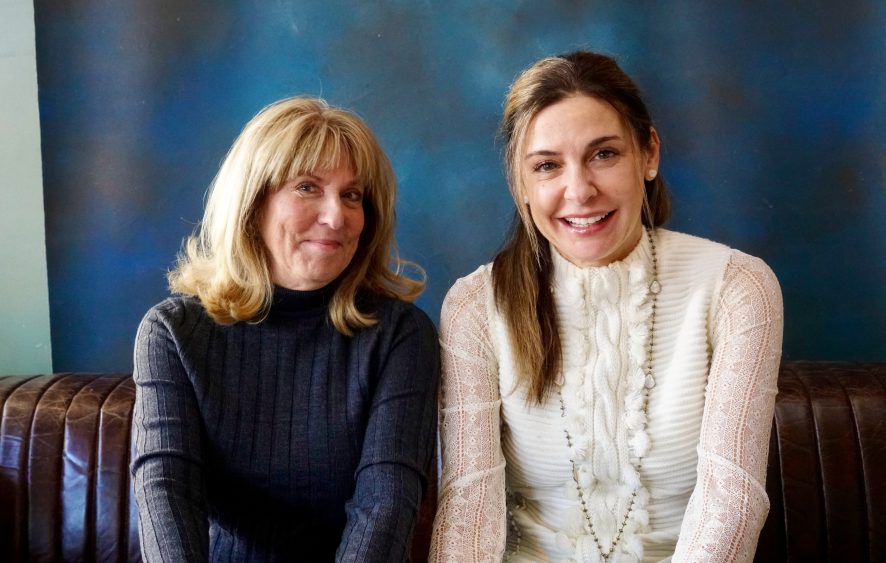 CIFF hosted a handful of world premieres this year, including the short documentary The Flagmakers, directed by Oscar winner Cynthia Wade and Sharon Liese, which National Geographic will roll out for awards season. Another important dimension to Camden is the way short docs are handled.

“We’ve worked really hard as an organization to recognize the contributions short films make because I think in many festivals they can be sidelined or not presented in the way that a feature can,” Fowlie observes. “It’s still an artist putting out a hell of a lot of sweat equity and time and energy and resources into making the work. And so we’ve really prioritized putting shorts on the main stage.”

Whether it’s shorts or feature-length documentaries, Fowlie, a Camden native, can take pride in what the festival has become over the course of 18 years.

“As someone who grew up in this town,” Fowlie says, “it’s overwhelming sometimes to look out in the audience and see the immense talent that is filling the seats.”

Calms To $19.2M Opening; Crew Speaks Out About On-Set Strife

Netflix Japan With ‘Alice In Borderland’, ‘The Makanai’; ‘Crown’, ‘Dead To Me’; More