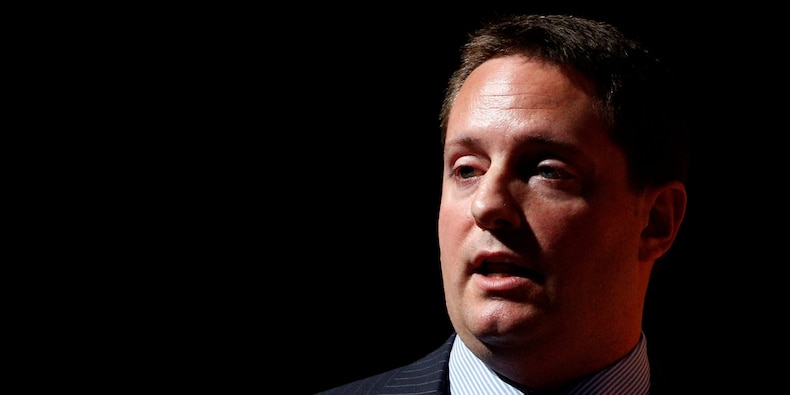 Block, founder of Muddy Waters Research, also said he thinks “financial markets are broken” thanks to too much credit swilling around, in an interview with Bloomberg TV on Monday.

Last week, day traders organizing themselves on the social media website Reddit united to drive up the shares of video-game store GameStop by around 400%.

Read More: Jefferies says to buy these 24 stocks that represent its analysts’ highest-conviction picks for 2021

The soaring share price squeezed hedge funds who had been “shorting” the stock – that is, betting the share price would fall. An estimate by data company Ortex on Friday put short-sellers’ losses on GameStop at around $19 billion for the year, with Melvin Capital losing around 53% in January.

Yet Block questioned in a Bloomberg interview on Monday whether it was only amateur investors who had driven up the shares of GameStop and other shorted names such as cinema chain AMC.

He said he believes his own short position on Chinese education technology company GSX Techedu was squeezed by a “consortium of hedge funds” last year.

“Some very smart sophisticated hedge funds have been playing the squeeze game for a while,” he said. He added that he thought the GameStop saga was in a way “the democratization of this tactic.”

Block said he wondered if there was “coordination” between some hedge funds over GameStop. “What constitutes coordination? Did they cross the line? That could be interesting,” he said.

The Muddy Waters CEO criticised the Federal Reserve for pumping record amounts of stimulus into the economy and holding down rates over the last few years, which he said was fueling asset bubbles.

“Financial markets are broken,” he said. “Really what’s been going on is we’re in this cycle of blowing bubbles that suck in the middle class, and when the bubbles burst, wealth is not destroyed, it’s just transferred … from the many to the few.”

Block said he thought interest rates should not rise during the pandemic, but suggested policymakers need at some point “to rein in this economic policy that’s dependent solely on inflating asset prices.”