Major financial firms, including the British insurer Prudential and UK banking giant HSBC, are behind plans to speed up the closure of Asia’s coal-fired power stations in the face of the climate crisis.

The initiative, which is being driven by the Asian Development Bank and also involves global lender Citi and BlackRock Real Assets, aims to create public-private partnerships to buy out the polluting plants and shut them down within 15 years.

The timescale is far shorter than the usual lifespan of the sites and gives workers time to retire or find new jobs, while allowing countries to shift to renewable energy sources. 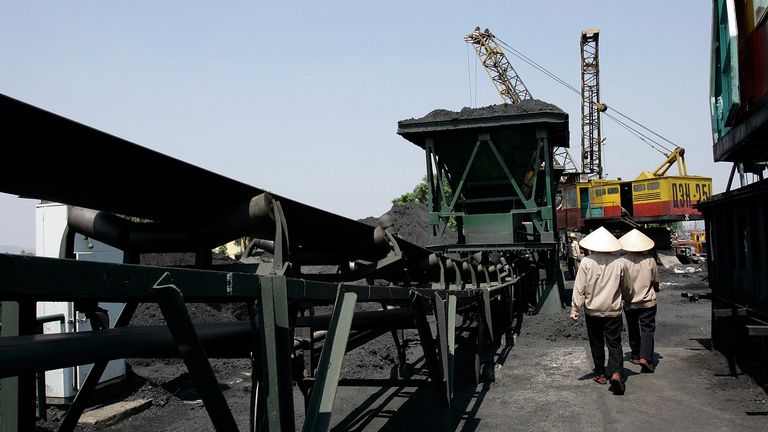 The group plans to have the scheme ready for the COP26 UN climate conference being held in Glasgow in November.

The move comes as commercial and development banks, under pressure from large investors, retreat from financing new power plants in order to meet emissions targets and tackle climate change.

Coal-fired power accounts for about a fifth of the world’s greenhouse gas emissions, making it the biggest polluter.

However, a significant obstacle has been finding a way for developing nations in Asia, which has the world’s newest coal plants and more under construction, to make the most of the billions already spent and switch to renewables.

Donald Kanak, chairman of Prudential’s Insurance Growth Markets, said: “If you can come up with an orderly way to replace those plants sooner and retire them sooner, but not overnight, that opens up a more predictable, massively bigger space for renewables.”

ADB vice president Ahmed M Saeed said: “The private sector has great ideas on how to address climate change and we are bridging the gap between them and the official-sector actors.”

He said the first purchase under the proposed scheme could happen as soon as next year.

Subscribe to ClimateCast on Spotify, Apple Podcasts, or Spreaker.

As part of the group’s proposal, the ADB has allocated around $1.7m (£1.2m) for feasibility studies covering Indonesia, the Philippines and Vietnam, to estimate the costs of early closure, which assets could be acquired, and to engage with governments and other groups.

The International Energy Agency expects global coal demand to rise 4.5% in 2021, with Asia making up 80% of that growth.

Meanwhile, the International Panel on Climate Change (IPCC) is calling for a reduction in coal-fired electricity from 38% to 9% of global generation by 2030 and to 0.6% by 2050.

The Daily Climate Show is broadcast at 6.30pm and 9.30pm Monday to Friday on Sky News, the Sky News website and app, on YouTube and Twitter.

Hosted by Anna Jones, it follows Sky News correspondents as they investigate how global warming is changing our landscape and how we all live our lives.

The show also highlights solutions to the crisis and how small changes can make a big difference.