Comcast Stock Jumps After Analyst Calls It 'Too Cheap'

Comcast Corporation (CMCSA) shares rose nearly 4% during Tuesday's session after MoffettNathanson upgraded the stock from Neutral to Buy with a price target of $52 per share, which represents a 17.4% premium to Tuesday's closing price.

Analyst Craig Moffett believes that Comcast stock is too cheap on any reasonable sum-of-the-parts valuation and notes that it underperformed Charter Communications, Inc. (CHTR) by 34% over the past year. He indicates that the current price assigns a negative valuation to either NBC Universal or Sky. While Moffett acknowledges that Comcast still faces challenges, the rock-bottom valuation means that there's little downside risk in the shares.

Earlier this year, Benchmark analyst Matthew Harrigan called the late-January sell-off in Comcast stock "yet another" buying opportunity. He believes that weakness at Sky and NBC Universal during the first quarter should be transitory and that results during the second half of the year should improve from the Olympics, political advertising, high-profile films, and the new Super Nintendo World attraction opening at Universal Studios Japan. 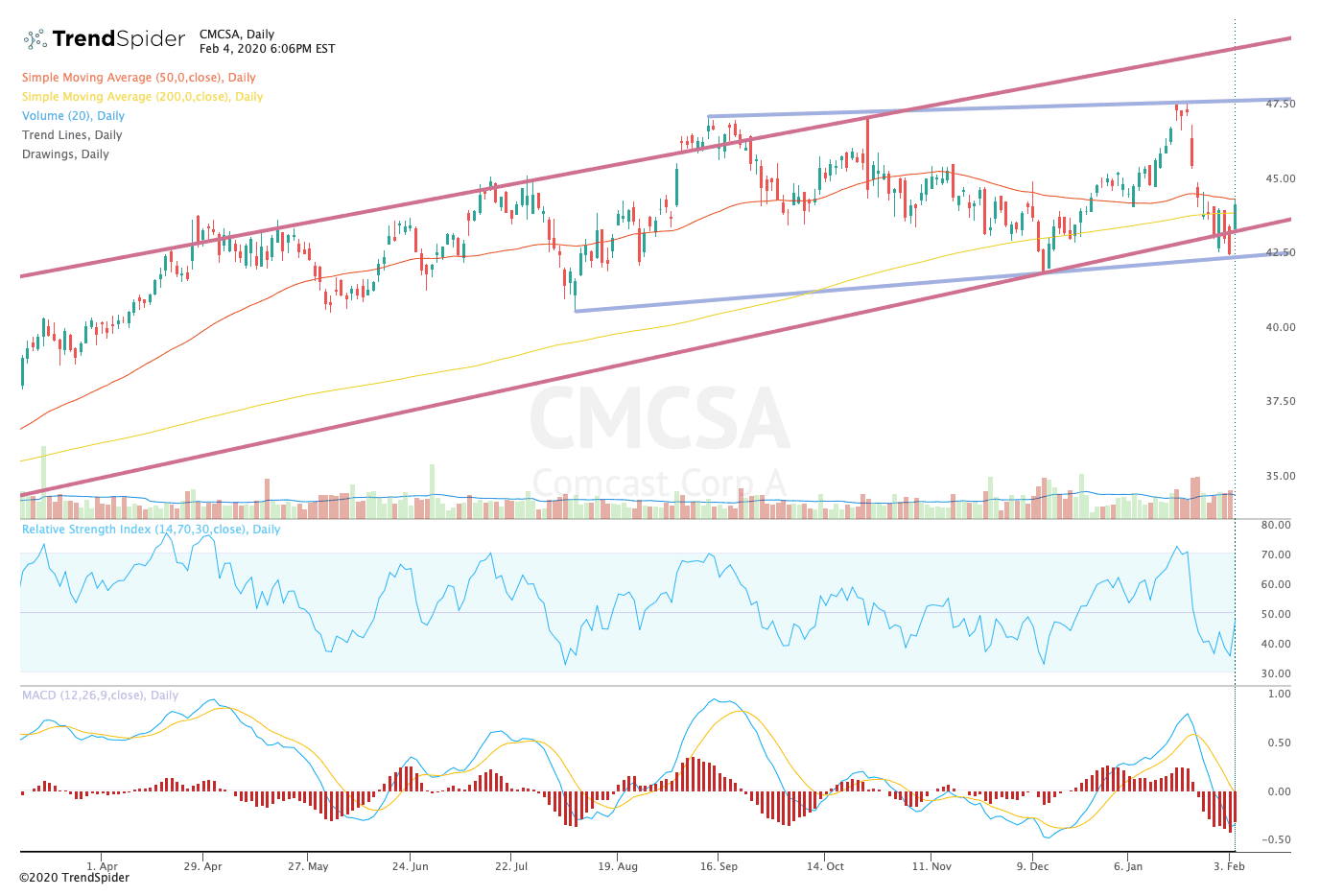 From a technical standpoint, the stock broke back into its long-term price channel after rebounding from trendline support. The relative strength index (RSI) moved toward neutral levels with a reading of 47.65, while the moving average convergence divergence (MACD) remains bearish. These indicators suggest that the stock could see some consolidation, but the intermediate trend remains bearish.

Traders should watch for a breakout from the 50-day moving average toward trendline resistance at around $47.50. If the stock continues to rally, traders could see a move toward the upper end of its price channel at $49.50. If the stock moves lower, traders could see support near the trendlines at $43.50 and $42.50. A breakdown from those levels could lead to fresh lows that haven't been seen since the middle of the year.

The author holds no position in the stock(s) mentioned except through passively managed index funds.