Cybersecurity expert: Ransomware criminals are in it for the money

The region’s Steamship Authority announced Wednesday on Twitter that it has “been the target of a ransomware attack that is affecting operations” and said passengers might experience service delays.
No ferries have been canceled, however, which is good news for travelers during the busy summer travel season. The company said “a team of IT professionals is currently assessing the impact of the attack” and that it would provide more information after the team makes its initial assessment. 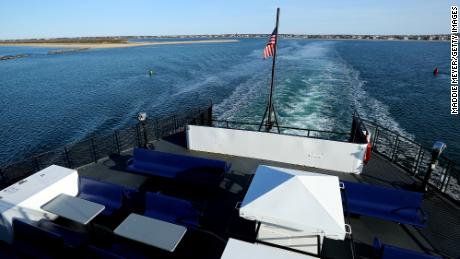 The Steamship Authority is the “largest ferry service to the Islands of Martha’s Vineyard and Nantucket from Cape Cod,” according to its website, which wasn’t working as of midday Wednesday.

US authorities say they are investigating.

“The Coast Guard is working in conjunction with the Massachusetts State Police Cyber Security Unit and the FBI, who has the lead on this incident,” said Petty Officer Amanda Wyrick, public affairs specialist for the Coast Guard’s First District. “The incident does not affect the safety of passengers.”
The company is the latest to be affected by a ransomware attack, with JBS and Colonial Pipeline also recently experiencing disruptions because of similar issues.
In a ransomware attack, hackers steal an organization’s data and lock its computers, telling victims they must pay to regain access to their network and prevent the release of sensitive information.
Some sophisticated hackers, such as the Russian group Darkside, sell their ransomware technology and take a cut of any ransoms paid to their customers.

Cybersecurity experts generally encourage ransomware victims not to pay attackers. But a company can be in a bad position if it doesn’t have protected backups of its data — and in some cases, hackers can delete their target’s backups before locking its files, leaving the victim organization unable to get back online.
— CNN’s Liz Stark contributed to this report
Source: Read Full Article