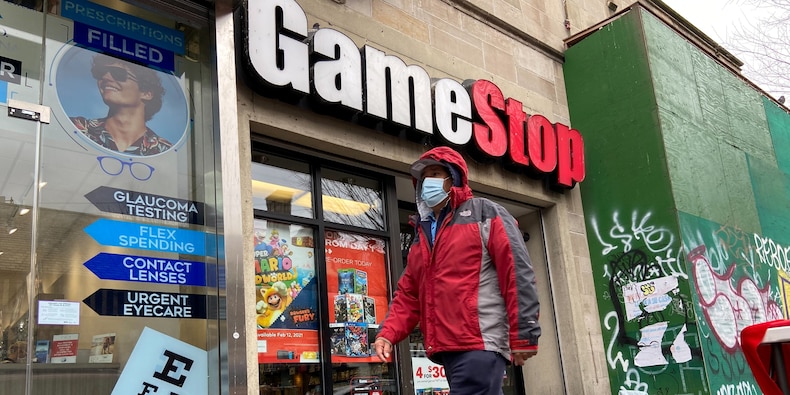 The Van Eck Vectors Social Sentiment ETF (BUZZ) added 21 stocks to its holdings and dropped 21 others in its monthly rebalancing on Thursday.

The BUZZ ETF, famously backed by Barstool Sports' Dave Portnoy, tracks the performance of 75 large-cap US stocks that exhibit the most positive investor sentiment on online sources like social media, news articles, and blog posts.

"The April rebalance is one of the more active in recent months," said Jamie Wise, the founder of Buzz Indexes. "The sentiment shifts are notable and diverse, reflective of the heightened level of investor discussion across social platforms."

Van Eck has made it clear in interviews that its ETF is not just a place for "meme stocks," but this month's rebalancing showed that multiple top Reddit trader favorites made the cut.

GameStop, Rocket Companies, Palantir, and Chewy have all been popular on Reddit's Wall Street Bets platform at one time or another.

The Buzz ETF, launched on March 2, now boasts over $400 million in total net assets. However, performance has lagged behind the S&P 500: Total returns are negative 3.4% over the lifetime of the exchange-traded fund.

The social-sentiment ETF has had plenty of competition since going public. It's one of about 100 ETFs that have made public debuts in 2021, according to data compiled by Bloomberg – the most public debuts by ETFs in over a decade.

Here's the full list of the ETF's April additions and departures: 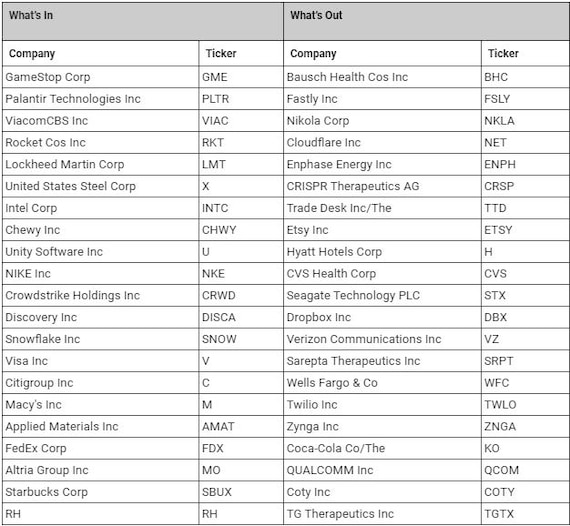