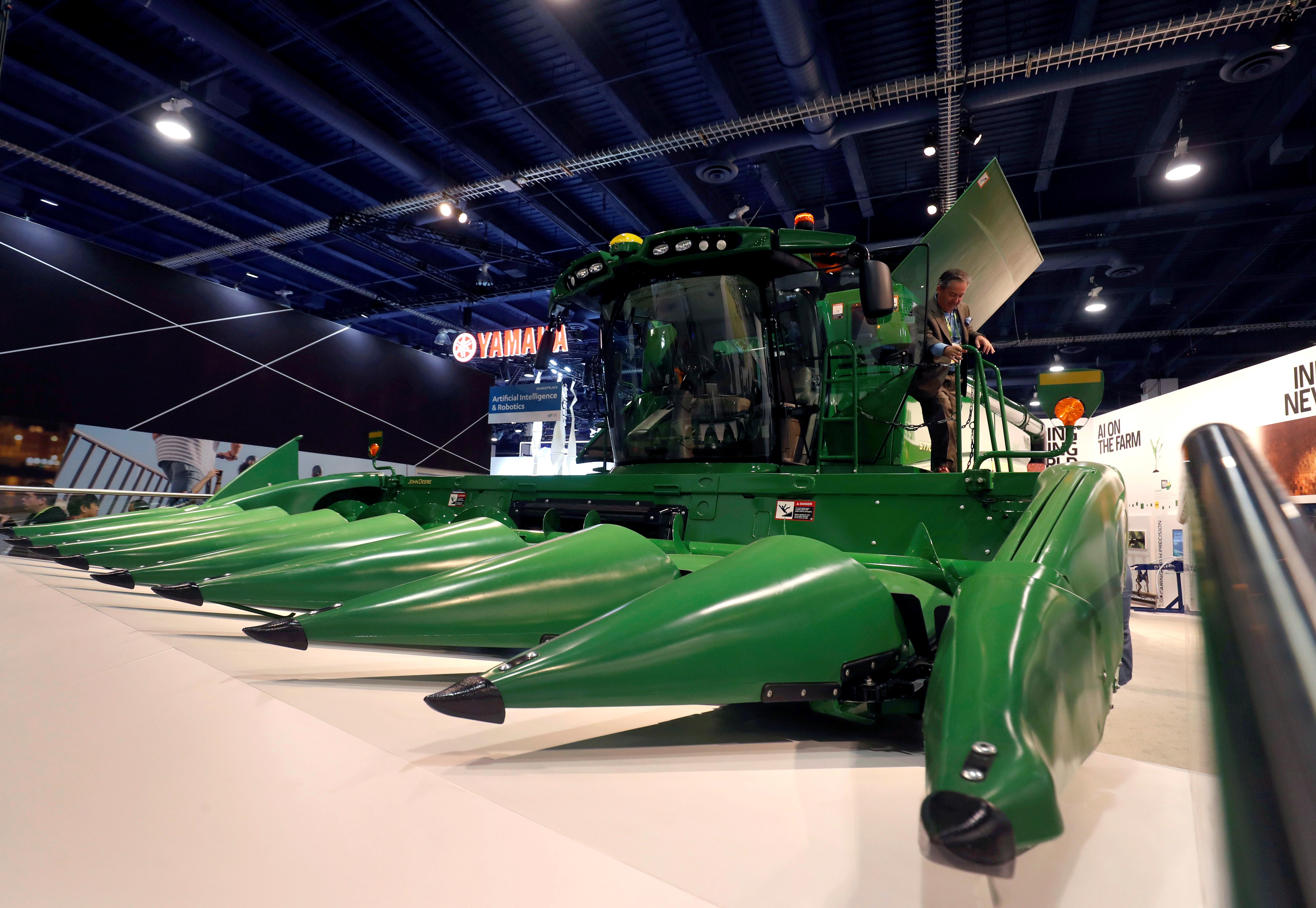 CHICAGO (Reuters) – Deere & Co.’s (DE.N) third-quarter earnings on Friday missed Wall Street estimates, hurt by the U.S.-China trade war that has dented the demand for farm equipment, forcing the company to revise down its full-year profit and sales growth forecasts.

For the quarter ended July 28, the company reported an adjusted profit of $2.71 per share, up 4.6% from a year earlier. That compared with Refinitiv IBES’ average analyst estimate of $2.85 per share.

Sales at its agriculture & turf segment, which accounts for the bulk of the company’s revenues, declined 6% year-on-year to $5.95 billion in the quarter. Overall, equipment sales were down 3%.

Deere now expects full-year net income of $3.2 billion on annual sales growth of 4%, lower than the $3.3 billion of income on sales up about 5% projected earlier.

The company now expects industry sales of agricultural equipment to be about the same as last year in the United States and Canada, which account for 60% of its overall business.