FRANKFURT (Reuters) – Deutsche Bank (DBKGn.DE) is to ax vast swathes of its trading desks in one of the biggest overhauls to an investment bank since the aftermath of the financial crisis, in a restructuring that will see 18,000 jobs go and cost 7.4 billion euros. 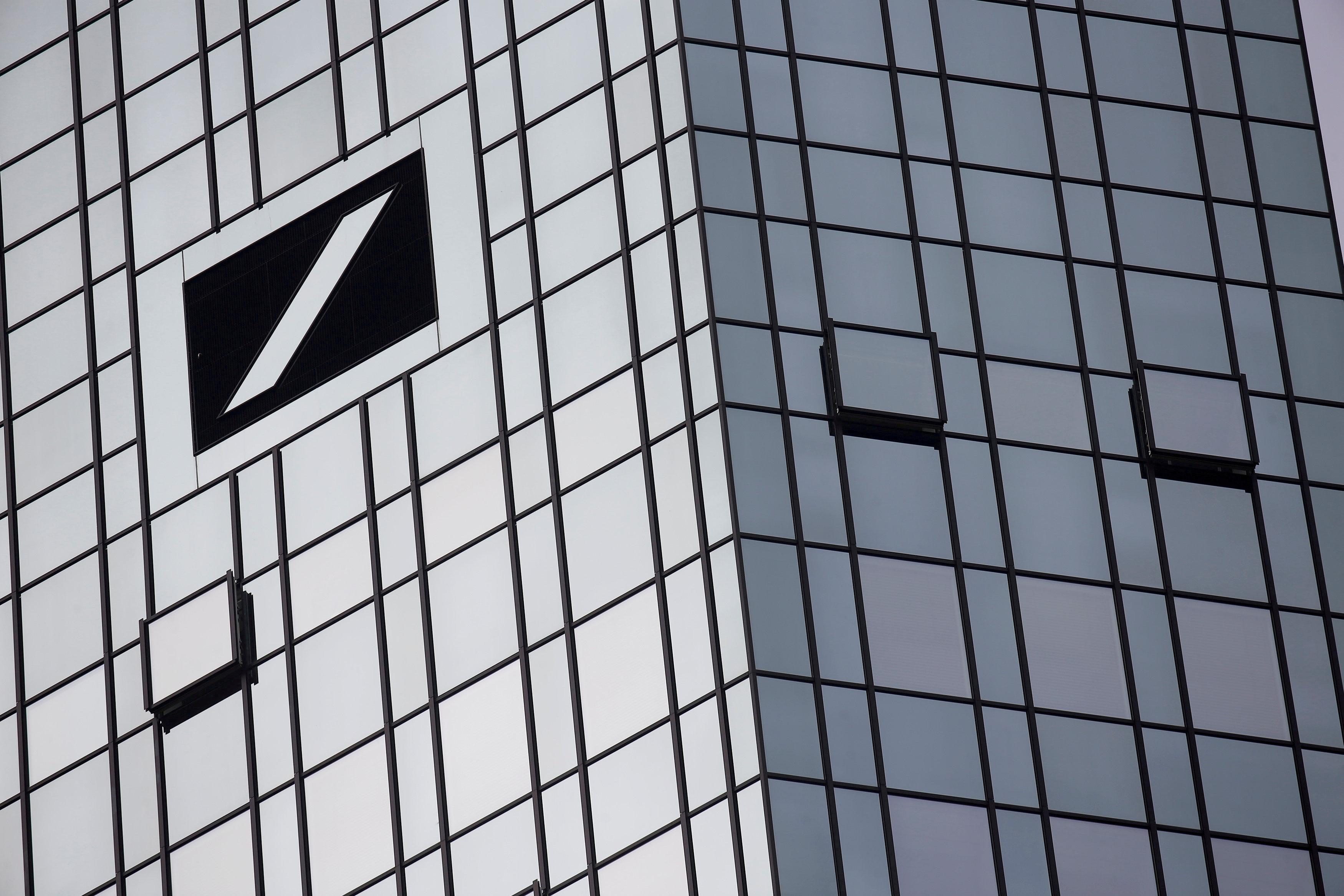 The plan represents a major retreat from investment banking by Deutsche Bank, which for years had tried to compete as a major force on Wall Street.

As part of the overhaul, the bank will scrap its global equities business, scale back its investment bank and also cut some of its fixed income operations, an area traditionally regarded as one of its strengths.

The bank will set up a new so-called “bad bank” to wind-down unwanted assets, with a value of 74 billion euros of risk-weighted assets.

The depth of the restructuring shows that Deutsche is coming to terms with its failure to keep pace with Wall Street’s big hitters such as JP Morgan Chase & Co (JPM.N) and Goldman Sachs (GS.N).

The cuts were foreshadowed on Friday, when the head of Deutsche’s investment bank Garth Ritchie agreed to step down.

Chief Executive Officer Christian Sewing, who now aims to focus on the bank’s more stable revenue streams, said it was the most fundamental transformation of the bank in decades. “This is a restart,” he said.

“We are creating a bank that will be more profitable, leaner, more innovative and more resilient,” he wrote to staff.

Sewing will now represent the investment bank on the board in a shift that illustrates the divisions’s waning influence.

The CEO had flagged an extensive restructuring in May when he promised shareholders “tough cutbacks” to the investment bank. This followed Deutsche’s failure to agree a merger with rival Commerzbank (CBKG.DE).

Some investors were cautious about the turnaround plan.

Michael Huenseler, head of credit portfolio management at Assenagon Asset Management, said a lot had to go right for the plan to be successful.

“The margin for error is…low,” he said.

Union Investment portfolio manager Alexandra Annecke said the steps were long overdue and noted that the bank’s aim to bring down its cost-to-income ratio to 70% was not ambitious compared with international competitors.

Soon after becoming CEO last year, Sewing started to cut jobs and promised to bring staffing “well below” 90,000. There were media reports from Reuters and others that Deutsche Bank could cut as many as 20,000 jobs — more than one in five of its 91,500 employees.

Deutsche bank gave no geographic breakdown for the job cuts. The equities business is focused largely in New York and London.

A person with direct knowledge of the matter said job cuts would be distributed around the world, including in Germany.

Stephan Szukalski, head of the DBV union, told Reuters that the measures were in the right direction, echoing the sentiment of the Verdi labor union.

“This could be a real new beginning for Deutsche Bank,” said Szukalski, who also sits on the bank’s supervisory board.

The board met on Sunday to agree the proposed changes, one of the biggest announcements of job cuts at a major investment bank since 2011 when HSBC said it would axe 30,000 jobs.

Deutsche said it expects a 2.8 billion euro ($3.1 billion) net loss in the second quarter as a result of restructuring charges and loss for the full year.

Deutsche will have been in the red for four out of the five last years. Its shares fell to a record low last month.

Founded in 1870, Deutsche has long been a major source of finance and advice for German companies seeking to expand abroad or raise money through the bond or equity markets, a role which had the tacit backing of successive governments in Berlin.

Big cuts to its investment bank could make it harder for the bank to fulfil this role and would mark a reversal of a decades-long expansion that began with its purchase of Morgan Grenfell in London in 1989 and continued a decade later by a takeover of Bankers Trust in the United States.

The investment bank generates about half of Deutsche’s revenue but is also a volatile business.

Revenue at the division was forecast to fall to 12.4 billion euros this year, according to a consensus of analysts ahead of Sunday’s announced changes. That would mark a fourth consecutive year of decline, down more than 30% from 2015.

In the restructuring, Sewing let go two other members of the management board – head of regulation Sylvie Matherat and head of retail Frank Strauss – and brought in some newcomers.

He also created a corporate bank to streamline services offered throughout the bank, something Sewing called a “core strength”.