DMX Dies At 50: Hip-Hop Icon Had Been Hospitalized Since April 2 Heart Attack

DMX, the first hip-hop artist ever to top the charts with his initial five albums and almost his sixth, has died. He was 50.

Born Earl Simmons, the rapper and actor suffered a heart attack on April 2 had been in the intensive care unit in a White Plains, NY hospital on life support ever since.

“We are deeply saddened to announce today that our loved one, DMX, birth name of Earl Simmons, passed away at 50-years-old at White Plains Hospital with his family by his side after being placed on life support for the past few days,” said a statement from the rapper’s family on Friday.

“Earl was a warrior who fought till the very end,” they added. “He loved his family with all of his heart and we cherish the times we spent with him. Earl’s music inspired countless fans across the world and his iconic legacy will live on forever. We appreciate all of the love and support during this incredibly difficult time. Please respect our privacy as we grieve the loss of our brother, father, uncle and the man the world knew as DMX. We will share information about his memorial service once details are finalized.”

Signs that the end might be nigh for DMX seemed to become more acute on April 4 when ex-manager Nakia Walker told The New York Times that the rapper was in a “vegetative state.” No reason for DMX’s now-fatal heart attack last week has been given by either his family or medical professionals.

As news of DMX’s admittance to hospital spread, last weekend saw an outpouring of love, prayers and other good wishes from members of the hip hop community like Public Enemy, Chance the Rapper, Nas, Eminem, Ice-T, and Missy Elliot as well as actor Tracey Morgan and fans of all ages and creeds.

On Monday, as DMX’s family planned a vigil of their own outside the Empire State hospital and his children visited him one-by-one, L.A. Lakers star LeBron James took to social media to offer his own support to the ailing artist:

While his 1992 debut single “Born Loser” went nowhere fast, within a couple of years the Yonkers-raised DMX was popping up on albums by Jay-Z, Ja Rule and LL Cool J and garnering a lot of major-label interest. His gravel-voiced, sometimes-staccato delivery set him apart from other MCs. Word of the power of the unsigned DMX’s live shows spread fast, and the rapper became a very hot ticket when he performed in the Tri-State Area in the mid-’90s.

Fueled by the single “Get at Me Dog” and a stark public persona, DMX dropped his major-label debut It’s Dark and Hell Is Hot in May 1998 and watched it rocket to No. 1 on the Billboard 200. Going on to sell 5 million copies, the now-classic Hell Is Hot was followed later that same year with DMX’s sophomore release, Flesh of My Flesh, Blood of My Blood. That multiplatinum album also went to No. 1, as did 1999’s career-defining … And Then There Was X, 2001’s The Great Depression and 2003’s Grand Champ in a stellar and still-unmatched run.

No hip-hop artist had hit No. 1 with their first three albums, let alone five.

DMX never enjoyed the same success on pop radio, with 2000’s “Party Up (Up in Here)” being his only single to make Top 30 on Billboard’s Hot 100. He did amass eight Top 20 singles on the Hot Rap Songs chart, four of which went Top 10.

Facing a slew of legal difficulties including multiple animal-cruelty charges, stints behind bars for drug possession and parole violations and move to a new label, the Grammy-nominated DMX took another hit when his sixth alum, 2006’s Year of the Dog…Again failed to top of the charts upon release, but it was close. During its first week of release, the record was just a few hundred copies behind the Now That’s What I Call Music! 22 compilation that summer and peaked at No. 2.

Although American Music Award winner DMX never saw the success onscreen that he did in the charts, his acting career actually took off at the same time as he achieved hip-hop fame. 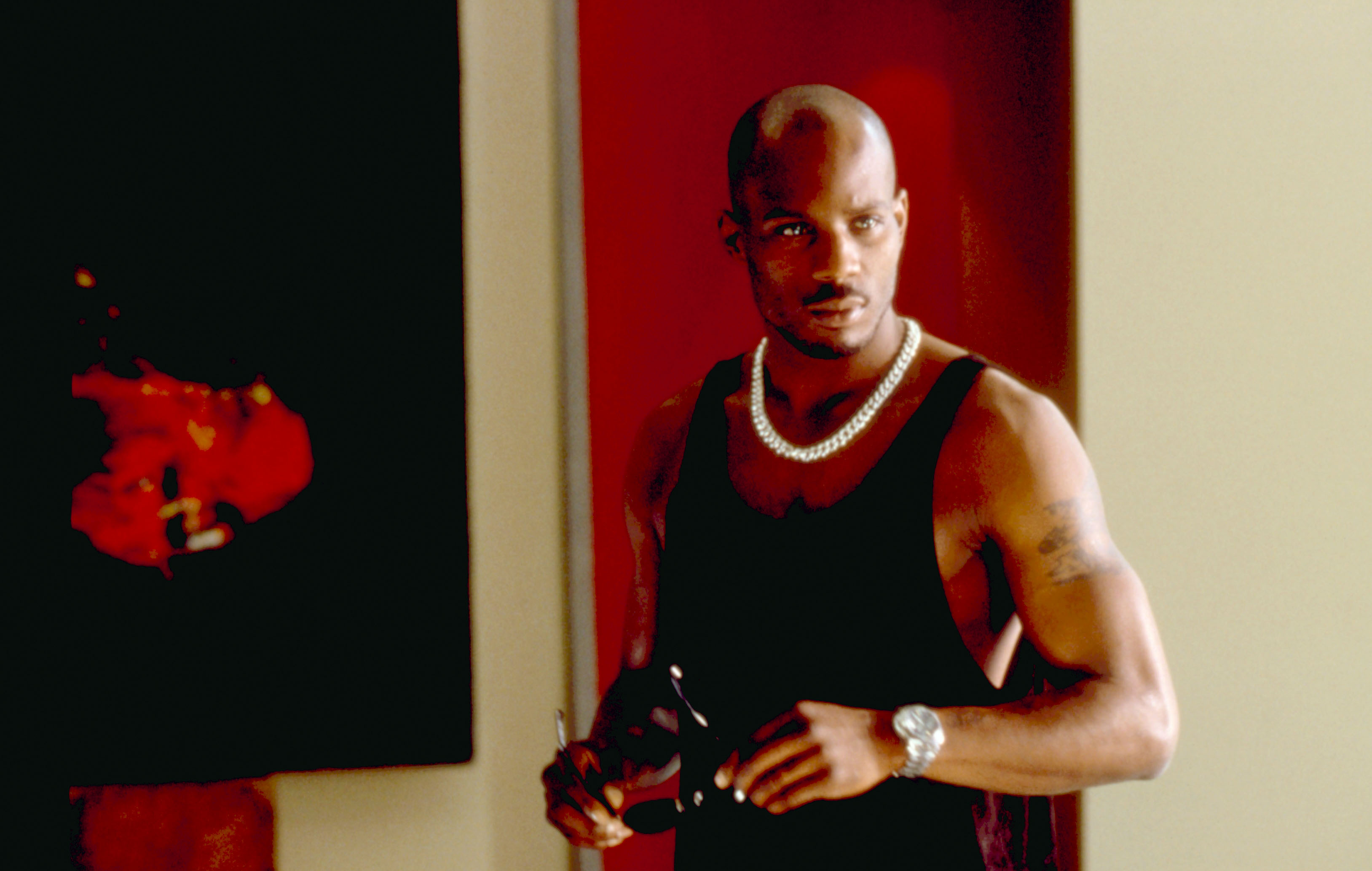 Kicking off with his feature debut in Hype Williams’ 1998 flick Belly with Nas, DMX went on to star with Jet Li and Aaliyah in 2000’s Joel Silver-produced Romeo Must Die. The next year saw DMX team up with Steven Seagal in Exit Wounds. The duo would reunite in 2019 for the VOD release Beyond the Law.

Among his other big-screen and little-screen roles, the Spectrum Talent-repped DMX showed up in Chris Rock’s 2014 comedy Top Five, co-starred with Kris Kristofferson in 2008’s Lords of the Street and appeared as himself on Season 2 of ABC’s Fresh Off the Boat.

In the past decade, father-of-15 DMX became infamous for his verbal attack on Drake and more run-ins with the law. A failure to pay $400,000 in child support landed the rapper in jail for six months. A tax-fraud conviction in 2017 for $2.29 million not paid to the feds had him back behind bars the next year for a one-year sentence. That latter sentence actually was prompted when the now-Def Jam-signed DMX walked out of a previously-court ordered rehab program for his addiction to cocaine and opioids.

In 2016, DMX was resuscitated at a motel in his hometown of Yonkers by paramedics and taken to a local hospital after collapsing. Back then the beat-pounding musician survived that brush with death, today he did not.