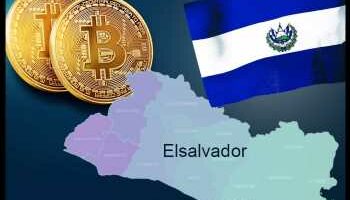 El Salvador’s parliament has passed a law to adopt Bitcoin as its legal tender, thus becoming the first country in the world to officially classify a cryptocurrency as legal currency.

The Legislative Assembly of El Salvador approved the Bitcoin Bill by an overwhelming majority on Tuesday night.

62 Deputies in the 84-member Assembly voted in favor of the Bill, introduced by President Nayib Bukele.

“The purpose of this law is to regulate bitcoin as unrestricted legal tender with liberating power, unlimited in any transaction, and to any title that public or private natural or legal persons require carrying out,” the law states.

President Bukele announced that people who invest Bitcoin in El Salvador’s economy would be granted permanent residency in the country.

“In the short term this will generate jobs and help provide financial inclusion to thousands outside the formal economy,” according to Bukele. He claimed that the historical move would make it easier for Salvadorans living abroad to send money home through Bitcoin.

The Central American country will now have two legal tenders – the US dollar and Bitcoin.

Bitcoin will become El Salvador’s legal tender 90 days after the passage of the law, enabling its citizens to make tax payments with the cryptocurrency.

Also, Bitcoin transactions will be exempted from capital gains tax.

The new law says that the government will “promote the necessary training and mechanisms so that the population can access bitcoin transactions” in the impoverished the country, where most of the people doesn’t have access to traditional financial services such as bank accounts.

Bitcoin, a virtual asset that is not directly linked to the real economy, has been losing its glow recently. The value of the most popular cryptocurrency plunged sharply after hitting its all-time record of around $65,000 in April.