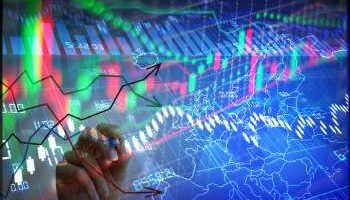 European Shares Set To Slip Ahead Of ECB Meet

The focus now turns to the European Central Bank (ECB) meeting later in the day, which is expected to keep discussion over stimulus.

Asian markets fell broadly on growing concerns about the impact of the Delta coronavirus variant. A rally in Chinese tech companies ran out of steam as China strengthened its grip on the gaming industry.

Chinese gaming giants Tencent Holdings and NetEase were called in to meet with Chinese authorities on Wednesday to discuss further oversight.

Treasuries and the dollar held an advance as investors looked ahead to the ECB meeting for hints on tapering plans.

Oil held steady after settling sharply higher on Wednesday on reports about a slow progress in restoration of crude output in the Gulf of Mexico region.

Across the Atlantic, trading may be impacted by reaction to the weekly jobless claims reports along with comments by several Federal Reserve officials.

Overnight, U.S. stocks ended lower as investors pondered over economic risks including the worldwide spread of the coronavirus and reduction in central bank stimulus.

U.S. businesses are experiencing escalating inflation that is being aggravated by a shortage of goods, the Fed’s Beige Book said.

European stocks fell on Wednesday on worries about the slowing pace of a global economic recovery.