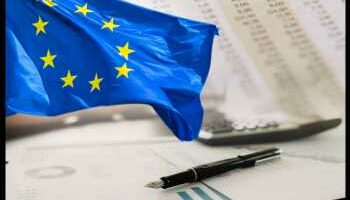 The Sentix investor confidence index for Eurozone climbed to 28.1 from 21.0 in May. Economists had expected a score of 26.

The latest reading was the highest since February 2018, the think tank said.

The current situation index of the survey also rose for a fourth straight month and surged to 21.3 from 6.3 in May. The reading was the highest since November 2018.

However, the expectations measure of the survey dropped for the first time in four months, dropping to 35.3 from 36.8 in the previous month.

The survey showed that the inflation barometer remains clearly negative at -42.25 points, indicating that investors expect inflationary pressures to persist.

“The Eurozone economy remains on track to leave the painful consequences of the Corona year behind,” Sentix Managing Director Manfred Hubner said.

“The increasing openings of trade, restaurants and tourism are reviving the situation scores.”

The ample supply of liquidity provided by the European Central Bank is also stimulating the economy.

The pressure on prices, and thus also on the bond markets, is likely to continue over the summer and the ECB will probably not be able to avoid the discussion about turning away from its very expansionary policy for much longer, Sentix said.

The central bank is set to hold its next policy session later this week. Economists expect the bank to avoid any talk of tapering its stimulus this time, but cannot hold on so for long.

The latest survey was conducted from June 3 to 5 among 1139 investors, of whom 222 were institutional investors.