(CNN)A new and potentially more transmissible coronavirus variant first identified in South Africa has prompted a fresh round of travel restrictions across the world and raised concern about what may be next in the pandemic.

The World Health Organization Friday designated the strain, now named Omicron, as a variant of concern and said multiple studies are underway as advisers continue to monitor the variant.
While scientists say there is reason to be concerned over the variant, they stress there is still a lot we don’t know — including whether the variant is indeed more contagious, whether it causes more severe disease or what its effects on vaccine efficacy may be.

“While this is concerning, as the WHO has indicated, I do think that we have to step back and wait for the science on this,” epidemiologist Dr. Abdul El-Sayed told CNN.

Here’s what we do know about Omicron.

Where it has been identified

The variant has so far been identified in South Africa, Botswana, Hong Kong and Belgium.
A specimen from the first known case of the variant in South Africa was collected November 9, the WHO said Friday. Now, the number of variant cases seem to be increasing in nearly every province of the country, the WHO said. South Africa has currently fully vaccinated less than 36% of its adult population and its rate of new vaccinations had fallen in recent days, according to the country’s health department.
South African officials also initially said there was one confirmed case in a traveler from South Africa to Hong Kong. Friday, Hong Kong health authorities identified a second case of the variant among returning travelers on the same floor of a designated quarantine hotel. Health authorities ordered at least 12 people in nearby rooms to undergo mandatory Covid-19 testing and two weeks of quarantine in a government center.
Also on Friday, the Belgian government said an individual who had recently traveled from Egypt and was unvaccinated, tested positive for the variant, marking the first case in Europe.
The European Centre for Disease Prevention and Control said Friday, given the variant’s “immune escape potential and potentially increased transmissibility advantage compared to Delta,” there is a “high to very high” risk it will spread in Europe.
Dr. Anthony Fauci, director of the National Institute of Allergy and Infectious Diseases told CNN Friday “there’s no indication” the variant is in the US right now, saying “it seems to have been restricted,” but anything is possible. 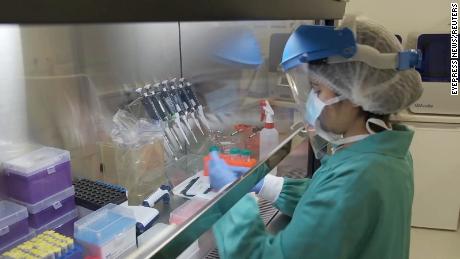 Its mutations are raising concern

South African genomic scientists said earlier this week the variant has an unusually high number of mutations, with more than 30 in the key spike protein — the structure the virus uses to get into the cells they attack. 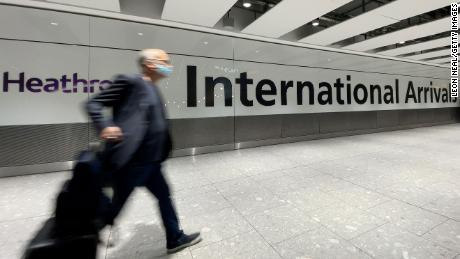 Scientists are concerned those mutations could make the variant more transmissible and could result in immune evasion.
Fauci told CNN Friday scientists are working to find out whether the variant could evade immunity, saying its mutations can help hint or predict whether it will be the case.
“What you need to do, is you need to get that particular sequence of the virus, put it in a form in the lab where you can actually test the different antibodies, so you can have a prediction that it might evade, or you can actually prove it,” he said.
“Right now, you’re talking about sort of like a red flag that this might be an issue, but we don’t know,” Fauci added. “Once you test it, you’ll know for sure whether or not it does or does not evade the antibodies that we make, for example, against the virus through a vaccine or … after you get infected.”
Dr. Ashish Jha, dean of the Brown University School of Public Health, said he does not believe the variant will create a situation where “vaccines will be rendered useless.”
“I think that’s exceedingly unlikely,” he said. “The question is, is there a tiny hit to vaccine efficacy, or is there a large hit? I think we’ll get some preliminary data probably in the next few days.” 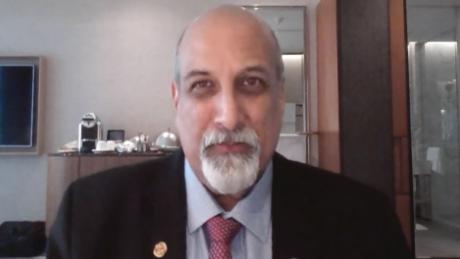 How it compares with other variants

While mutations — and new variants — of the virus are expected as it continues to spread, experts say there’s more reason for concern with Omicron.
“We have seen a lot of variants pop up over the last five, six months, and most of them have not amounted to much. This looks different,” said Jha. “It’s acting differently, it looks like it’s much more contagious than even the Delta variant.”

The Delta variant fueled a virulent summer Covid-19 surge in the US and helped drive recent surges across Europe. One document from the US Centers for Disease Control and Prevention indicated the Delta variant was about as transmissible as chickenpox.
When experts looked at other variants, Jha said, it usually took several months for those strains to be dominant — in other words, the most common strain of the virus spreading in one area.
“This one has become dominant very quickly in South Africa in the regions where it’s been found. Within a matter of days to weeks as opposed to months,” Jha said. “Now, the number of cases in South Africa is quite low, so it can be for other reasons as well, not just because it’s more transmissible. But the speed with which it has taken off is really unlike anything we’ve seen before.”
WHO officials also said in their statement Friday preliminary evidence suggests Omicron also poses a higher risk of reinfection, compared to other variants of concern.

What vaccine makers are saying

In a Friday news release, Moderna said it was rapidly working to test the ability of its vaccine to neutralize the variant and data is expected in the coming weeks.
The strain includes mutations “seen in the Delta variant that are believed to increase transmissibility and mutations seen in the Beta and Delta variants that are believed to promote immune escape,” Moderna said. “The combination of mutations represents a significant potential risk to accelerate the waning of natural and vaccine-induced immunity.”
If its current vaccine and booster are insufficient against the variant, one possible solution is boosting people with a larger dose, which Moderna said it is testing. The company is also evaluating two multivalent booster candidates to see if they provide better protection against Omicron — both of which include some of the viral mutations present in the variant.
Moderna said it is also testing an Omicron-specific booster.
“For several days, we have been moving as fast as possible to execute our strategy to address this variant,” Moderna CEO Stéphane Bancel said in the news release.
AstraZeneca also said it was looking to understand the impact Omicron has on its vaccine, which is not currently authorized for use in the US.
“AstraZeneca is also already conducting research in locations where the variant has been identified, namely in Botswana and Eswatini, that will enable us to collect real world data of Vaxzevria against this new virus variant,” a spokesperson for the company said Friday.
The company also said it is testing its antibody treatment, AZD7442, against the variant. AstraZeneca asked the US Food and Drug Administration in October to authorize emergency use of the treatment.
Scientists at BioNTech, the German company that partnered with Pfizer to make its Covid-19 vaccine, are also investigating the impact of the variant on their shot, with data expected within the next couple of weeks.
A Johnson & Johnson spokesperson told CNN in a statement the company was also testing the effectiveness of its vaccine against Omicron.

Worried leaders across the country announced new travel restrictions this week hoping to curb the spread of the newly identified strain. 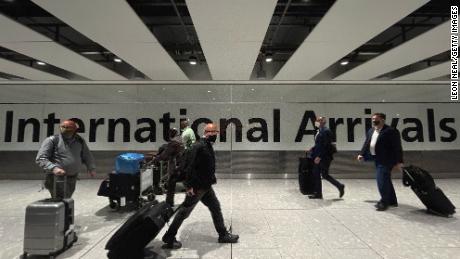 President Joe Biden said he will restrict travel from South Africa and seven other nations starting Monday as a precautionary measure. Officials told CNN the US travel restrictions will buy the federal government some time to investigate the variant, but added it was viewed as inevitable the strain will eventually appear in the US.
These are the countries imposing new travel restrictions
European Union states also agreed to introduce temporary restrictions on all travel into the EU from southern Africa in fears over the variant, the bloc said Friday. The countries concerned are Botswana, Eswatini, Lesotho, Mozambique, Namibia, South Africa, Zimbabwe, EU Commission spokesman Eric Mamer said.

Canada will be “banning the entry of foreign nationals… that have traveled through southern Africa in the last 14 days,” Health Minister Jean-Yves Duclos said Friday.
And Israel Prime Minister Naftali Bennett announced sweeping travel restrictions covering most of Africa, saying Friday, “we are on the verge of a state of emergency.”
Source: Read Full Article