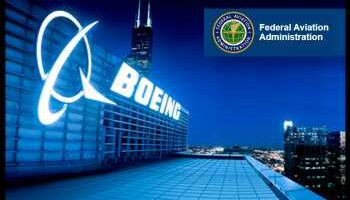 The Federal Aviation Administration or FAA is launching a new safety survey on Boeing Co. to identify any remaining concerns after employees reported interference and transparency issues on safety matters.

The agency had conducted an initial investigation into the company’s Organization Designation Authorization or ODA unit. The employees of the unit are under Boeing, but they conduct oversight work for the FAA, and are supposed to be independent and focused on safety.

The FAA investigation from May 2021 through July 2021 was into engineering unit member and project administrator ability to openly and transparently share information with the FAA, express concerns, act independently from Boeing, and not fear repercussions.

In a letter to Boeing, the FAA noted now that in the preliminary probe, some company engineers said they they face undue pressure, conflicts of interest, and struggles to be transparent with the government.

In the survey, 35 percent of people voiced concerns and shared experiences that indicate the environment does not support independence of the ODA unit.

The feedback highlighted concerns in several categories including safety and airworthiness organization involvement in ODA unit activities, Conflicts of interest, Interference, transparency with the FAA, and ability of the ODA unit to represent FAA interests.

The FAA said, “Boeing’s company culture appears to hamper members of the ODA unit from communicating openly with the FAA…. Further, the organizational structure also appears to provide a strong influence on how unit members are appointed, managed, and allowed to perform authorized functions, which provides ample opportunity for interference rather than independence. These concerns require an objective review and further fact finding.”

As next steps, the FAA said it will conduct an anonymous, independent survey of all 1,400 employees in the Boeing safety unit to identify any remaining concerns, and will also refer results to Boeing Safety Management System or SMS for risk management assessment.

Using results of both activities, the agency will develop corrective action plans to address the concerns.