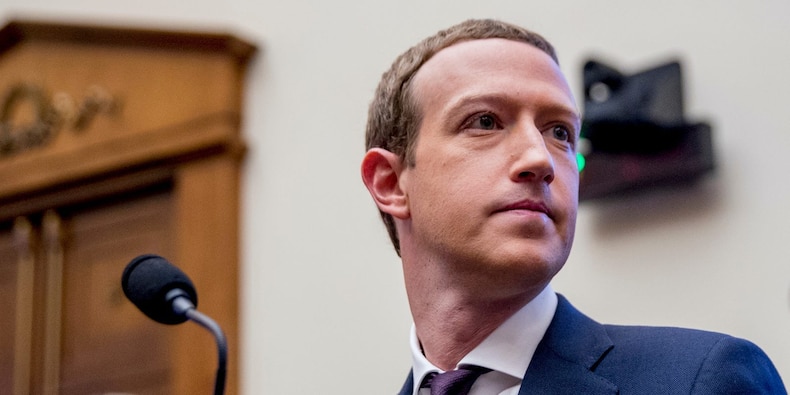 Shares of Facebook fell on Thursday as investors tried to assess potential fallout from the company’s decision to ban all news-related content from its platform in Australia.

Facebook has been in a back and forth dispute with the Australian government over proposed legislation that would require big tech firms to pay Australian publishers directly for news content that is displayed or linked to on their sites.

Specifically, the News Media and Digital Platforms Mandatory Bargaining Code would require big tech firms to individually negotiate news content prices with publishers within three months, or be forced into an arbitration process with a government-appointed panel.

Facebook said it made the move to ban news content from its platforms to avoid having to comply with the recently proposed bill.

Daniel Ives, Managing Director of equity research at Wedbush Securities, told Insider via email the Australia situation is a classic “old western standoff between Big Tech and the Australian government.”

However, the analyst added that the move has “contained implications” and “the Street is not worried about this issue cascading for Big Tech as of now.”

Bernstein analyst Mark Shmuli noted Facebook’s stand may even be seen as “prudent” by some investors, but also cautioned it could lead to “broader definitions of who is a publisher” or even “spiral into Facebook paying influencers for their posts” as other countries pursue similar legislation, per Reuters.

Other countries are pursuing similar legislation.

The EU appears set to take similar steps to regulate big tech companies like Facebook as legislators seek to build on the regulatory framework outlined in the recently proposed EU Digital Services and Digital Markets acts.

The fallout from the news ban in Australia has some officials in the country crying foul. Communications Minister Paul Fletcher said on Thursday that Facebook’s blocking of state and emergency services accounts posed a safety issue.

“The fact that there are organizations like state health departments, fire and emergency services, and so on who have had their Facebook pages blocked – that’s a public safety issue,” Fletcher said.

It appears Facebook had difficulty deciding what should and shouldn’t be blocked from its site post-ban. Even the company’s own homepage was reportedly shut down for a time.