The family of KFC’s Colonel Harland Sanders has come to his defense after Papa John’s founder John Schnatter suggested the colonel had used the N-word but hadn’t faced criticism for doing so.

Schnatter resigned as chairman last week after admitting and apologizing for using the racial slur during a conference call. His likeness is being removed from the pizza chain’s marketing and packaging.

Schnatter was on a call with marketing agency Laundry Service in May when he tried to downplay comments he made about the National Football League and allegedly said, “Colonel Sanders called blacks n—–s,” and complained that the KFC founder never faced public backlash. The call was a role-playing exercise for Schnatter to prevent future public relations fumbles and came to notice after Forbes magazine reported it last week. 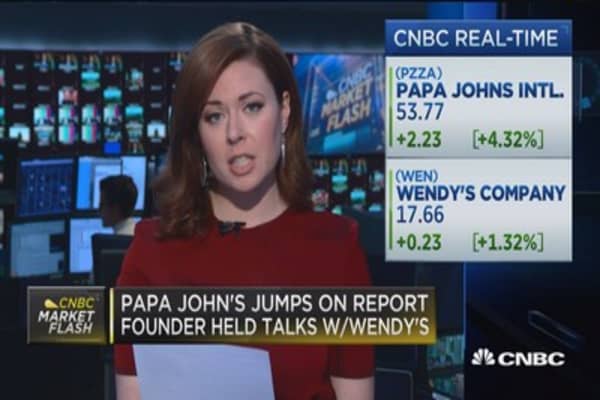 Then on Friday, Schnatter told Louisville radio station WHAS that he was “just talking the way that the Colonel talked.”

Colonel Sanders’ grandson Trigg Adams told the Louisville Courier Journal on Wednesday that it is “an absolute lie” that Sanders used the racial slur or any other racially offensive words.

“He’s a weasel,” Adams said about Schnatter, the Courier Journal reported. “Because he’s prejudiced, he’s trying to say somebody else was, too. (Sanders) had absolutely no prejudice against anybody.” Sanders, who died in 1980, donated more than $20 million to charities, including to black churches, Adams added.

Both Papa John’s and KFC owner Yum Brands are headquartered in Louisville, Kentucky. Fast-food chain Wendy’s had preliminary merger talks with Papa John’s before Schnatter stepped down, a source familiar with the situation told CNBC, but the PR scandal is likely to complicate any deal.

Shares in Papa John’s fell by as much as 5.9 percent Wednesday last week, the day after the scandal broke, and then surged Thursday as Schnatter resigned. The company has more than 5,000 locations and around 23,000 employees worldwide.