Fear of God to Be Spotlighted in Next Nordstrom Pop-up

Nordstrom has teamed with buzzy Los Angeles-based brand Fear of God for its latest pop-up concept.

The retailer turned to Fear of God founder Jerry Lorenzo for the 13th edition of its New [email protected], which will feature exclusive mainline and Essentials younger-skewed product as well as drops from the brand’s Seventh Collection offering, its collaboration with New Era and its new Essential Kids line.

The mainline capsule will include suits, jackets, accessories and footwear along with Fear of God’s signature hoodies and sweatshirts. The Essentials offering will include a selection of pullover sweatshirts, sweatpants, tops, shorts and jackets in two exclusive colorways, stone and cement. The shop will also include an early release of Fear of God’s latest footwear drop, “The California,” for men’s, women’s and children. Nordstrom will be the exclusive North American retail partner for the shoe, which will launch globally in September.

They Are Wearing: Springtime Fashion in and New York, Los Angeles, and Austin 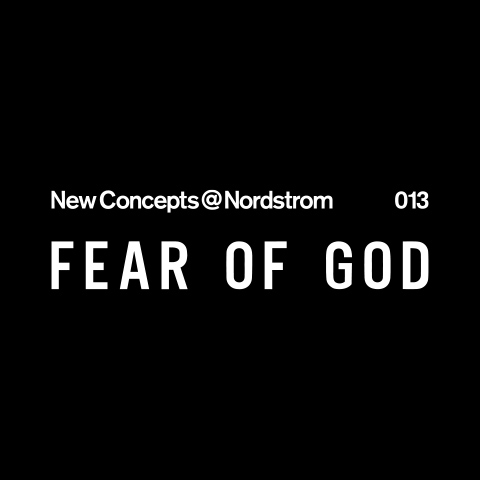 The collection will be available through August on line an in stores.

Lorenzo added: “Being a service-first brand, it feels natural to partner with Nordstrom. Our intentions are aligned in that we both strive to provide the best exploration, solutions and products for our customers at every stage of their lives.”

The New Concepts pop-up strategy launched in January 2019 and has included Out Cold, featuring products for inclement weather; an Entireworld shop focused on the Scott Sternberg collection, and a Thom Browne locker room. In February, it celebrated Black History Month with a concept called Black_Space which featured five Black creatives who hand-selected brands for the pop-up.