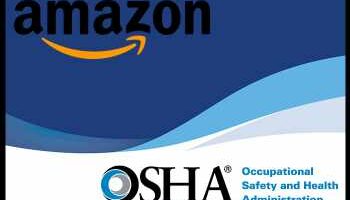 Federal agency, The Occupational Safety and Health Administration or OSHA, as well as the State of Illinois are investigating a collapse at an Amazon warehouse in Illinois last Friday that was struck by a tornado, killing 6 employees.

Gov. J.B. Pritzker of Illinois at a news conference said the probe into whether the building was constructed according to building codes, was ongoing. He further said that he is checking with lawmakers whether the state’s building codes need to be updated based upon the ongoing climate change impacts.

OSHA compliance officers are there on the ground since Saturday. The agency’s spokesperson Scott Allen reportedly said the agency has six months to complete its investigation, as well as to issue citations and propose monetary penalties if any violations of workplace safety and/or health regulations are found.

The tornado is said to have formed in the parking lot then rolled through the facility. The building’s walls on both sides collapsed inward, while the roof collapsed downward.

John Felton, an Amazon logistics executive, said 46 people were there in the delivery depot at that time, in which 6 were killed and one got injured. They were on the south side of the facility, which fell directly in the tornado’s path. Meanwhile, 39 people were sheltered in the north side of the building that was nearly undamaged, and were rescued safely.

Meanwhile, Amazon officials defended their safety procedures in the facility, stating that the building was constructed properly.

The tornado was one of the at least 60 tornadoes that caused severe destruction across nine states Friday and Saturday, mainly, in Kentucky, killing at least 88 people, while many remain unaccounted for.