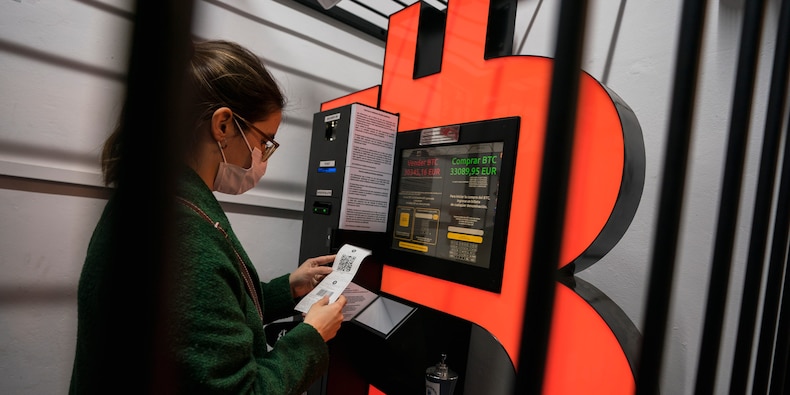 The first bitcoin ETF in North America has soared past $1 billion in assets under management after just two months in operation, as the crypto boom sends potential buyers piling into the innovative product.

Canada’s Purpose bitcoin exchange-traded fund, with the ticker BTCC, had $1.1 billion (C$1.38 billion) under management as of Tuesday, according to its website.

Regulated financial products such as the Purpose bitcoin ETF have become a key way for investors to access the world’s biggest cryptocurrency, leading to a surge in interest.

Canada became the first major economy to approve a bitcoin ETF in March, with Purpose’s product first to launch. It was an instant success, with more than $165 million in trading volume on the first day.

US regulators are yet to approve a bitcoin ETF and have been historically reluctant to do so. But a number of firms – including Fidelity, VanEck, and most recently Mike Novogratz’s Galaxy Digital – are vying to be the first to launch.

Michael Sonnenshein, chief executive of Grayscale, which runs the biggest bitcoin fund in the world, told Insider in March he thinks it’s a “matter of when, not if” US regulators give the green light.

Grayscale said earlier in April it is 100% committed to converting its flagship Grayscale Bitcoin Trust, which had $40.5 billion under management on Tuesday, into an ETF.

Growing interest from major institutions has been a key factor in the latest rally in bitcoin, which has more than doubled in 2021. The likes of JPMorgan, Morgan Stanley, Mastercard and Tesla are now getting involved with cryptocurrencies.

Crypto exchange Coinbase’s direct listing on the Nasdaq, due Wednesday, is the latest sign of maturity in the bitcoin market, with talk of a $100 billion valuation.