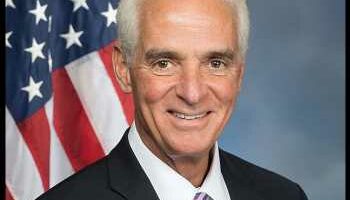 Rep. Charlie Crist has won Democratic primary in Florida, and will take on Republican Governor Ron DeSantis in the midterm polls in November.

Crist began his political career as a Republican, serving in the Florida Senate from 1993 to 1999, and joined the Democratic Party in 2012.

Crist’s challenge comes as DeSantis seeks a second gubernatorial term and is rumored to run for the White House in 2024. A known critic of mask and vaccine mandates, the Republican Party’s rising star is considered by partymen as a natural successor to former President Donald Trump.

DeSantis is ahead of Crist by a few percentage points in Florida, according to opinion polls.

“Tonight, the people of Florida clearly sent a message: they want a governor who cares about them and solves real problems, preserves our freedom, not a bully who divides us and takes our freedom away,” Crist said in a victory speech, referring to DeSantis.

“This guy wants to be President of the United States of America. However, when we defeat him on November 8, that show is over,” Crist added.

DeSantis hit back by saying, “We will never ever surrender to the woke agenda. Florida is a state where woke goes to die.”

In Oklahoma, Republicans elected Trump-endorsed Rep. Markwayne Mullin in the run off to fill out the remaining term of the seat that the state’s retiring US senator vacates.

In New York state, Democrat Pat Ryan, who cast his campaign as a “referendum on Roe v. Wade,” defeated Republican Marc Molinaro in a special election for an open House seat.