Future-RIL deal: Next phase of Bezos-Biyani battle to begin in Singapore

The development of the constitution of the tribunal comes at a time when the Delhi high court in December 2020 refused to restrain Amazon from interfering in Future Retail’s deal with Reliance Retail by writing to statutory authorities. 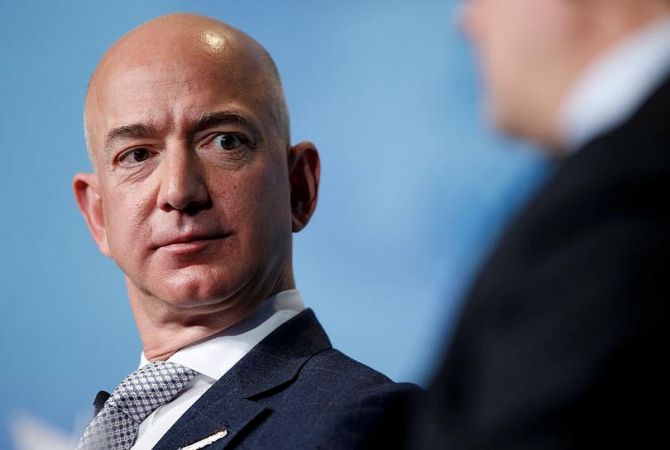 The next phase of arbitration proceedings between Jeff Bezos-led Amazon and Kishore Biyani-headed Future Group is expected to begin soon in Singapore.

Singaporean barrister Michael Hwang has joined the three-member arbitration tribunal at the Singapore International Arbitration Centre (SIAC) that is looking into the Amazon and Future Group dispute over the latter’s $3.4 billion deal with Mukesh Ambani-owned Reliance Industries, according to sources.

The other two members of the tribunal include Albert van den Berg and Jan Paulsson which were proposed by Amazon and Future respectively.

“All three have been appointed by SIAC,” said an industry source with direct knowledge about the development.

“Now the 3 member tribunal has been set up, the arbitration process would actually start now.

“It would build on the merits of the emergency arbitration that took place last year.”

Michael Hwang practices as a Barrister and Arbitrator, with his main focus on international arbitration and mediation. In 1991 he was appointed a Judicial Commissioner of the Supreme Court of Singapore.

He is popular on the global arbitration circuit due to his deep knowledge and vast experience.

Jan Paulsson is also known for expertise in investment treaty and commercial arbitration proceedings, according to the industry sources.

“The SIAC Registry has informed parties that the arbitral tribunal has been constituted,” said an Amazon spokesperson on Tuesday evening.

The development of the constitution of the tribunal comes at a time when the Delhi high court in December 2020 refused to restrain Amazon from interfering in Future Retail’s deal with Reliance Retail by writing to statutory authorities.

The order was pronounced by a Single Judge Bench of Justice Mukta Gupta in the suit by Future Retail Ltd after an Emergency Arbitrator of the SIAC restrained Future Group from taking any steps in furtherance of the transaction with Reliance Retail.

The Delhi high court, prima facie, found that the suit filed by Future Retail was maintainable, the Emergency Award was valid, and that Future Retail’s resolution approving the transaction with Reliance was also valid.

The Court opined that it was ‘a matter of trial’ to determine whether Amazon’s case outweighed FRL’s (Future Retail) claim and for now, it was for the statutory authorities (or) regulators to come to their own right conclusion.

Amazon then sent a legal notice to Future, alleging the retailer’s deal breached an agreement with the American e-commerce giant.

This was because in 2019, Amazon had bought a 49 per cent stake in one of Future’s unlisted firms Future Coupons Pvt Ltd (FCPL) for Rs 1,430 crore.

As per the conditions of the deal the disputes was arbitrated under SIAC rules and Amazon won a favourable ruling.

In a related development, Kishore Biyani, Future Coupons and Future Corporate Resources have said that totally disillusioned and fed up with Amazon’s lackadaisical attitude, they were left with no option but to accept the offer from Reliance.

This communication to Amazon is a response to their notices and addressed on behalf of Future Corporate Resources Private Limited (FCRPL), Kishore Biyani and other promoters.

“You were well aware that in light of the disruption caused due to the Covid-19 pandemic, the lenders were chasing various companies of the Future Group for honouring their obligations,” said Biyani in the letter to Amazon.

“You, alone, are responsible for contributing to this situation, having failed to bail out FCPL (Future Coupons) and/or the Promoters from preventing alienation or disposal of the Promoter FRL Securities.”

The letter also mentioned, “In fact during the period March to August 2020, all your actions lacked good faith.

“Except for offering lip service and perfunctorily attempting to show your concern, there were no serious or genuine efforts made by you.”

When asked to share comments related to the letter sent to Amazon on behalf of Future, the e-commerce company spokesperson said that “it is incorrect to say that Amazon did not offer help to Future Retail Limited as there were ongoing discussions on multiple options with partners on the one hand and with the Promotors of Future on the other, including a signed Term Sheet.”

At the further outset, the letter to Amazon also mentioned Future and other parties denied having acted contrary to and reneged on contractual obligations for personal gain or benefit, as alleged or at all.