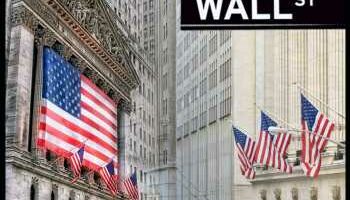 Following the downward trend seen over the past several sessions, stocks may move back to the upside in early trading on Monday. The major index futures are currently pointing to a higher open for the markets, with the Dow futures up by 179 points.

Traders may once again make an attempt at bargain hunting, although the buying interest seen early in the two previous sessions faded over the course of the day.

A lack of major U.S. economic could keep traders on the sidelines ahead of the release of reports on consumer prices, industrial production and retail sales in the coming days.

The looming Federal Reserve meeting may also keep traders reluctant to make significant moves, with the central bank potentially providing an update on the outlook for its asset purchase program.

The Fed’s two-day monetary policy meeting is scheduled for next Tuesday and Wednesday, but recent signs of slowing economic momentum could lead the central bank to hold off on discussing tapering.

Stocks once again failed to sustain an early upward move and came under pressure over the course of the trading day on Friday. With the downturn on the day, the Dow and the S&P 500 closed lower for the fifth consecutive session.

For the holiday-shortened week, the Dow tumbled by 2.2 percent, while the S&P 500 and the Nasdaq slumped by 1.7 percent and 1.6 percent, respectively.

The major European markets have also moved to the upside on the day. While the German DAX Index has jumped by 1 percent, the French CAC 40 Index and the U.K.’s FTSE 100 Index are up by 0.8 percent and 0.7 percent, respectively.