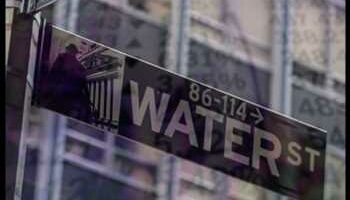 Personal Income and Outlays for April, Retail Inventories for April as well as Wholesale Inventories might be the major focus on Friday.

Asian shares finished mixed on the day, while European shares are trading higher.

On the economic front, International Trade in Goods (Advance) for April will be published at 8.30 am ET. The consensus is for a decline of $91 billion, while it was down $90.6 billion in the prior month.

Retail Inventories (Advance) for April is scheduled at 8.30 am ET. In the prior month, the inventories were down 1.4 percent.

The Commerce Department’s Wholesale Inventories (Advance) for April will be published at 8.30 am ET. In the prior month, the consensus is for growth of 1.2 percent, while it was up 1.4 percent in March.

Market News International’s Chicago PMI for May will be released at 9.45 am ET. The consensus is for 70.0, while it was up 72.1 in the prior month.

The University of Michigan’s Consumer Sentiment for May will be issued at 10.00 am ET. The consensus is for 83.0, while it was up 82.8 in the previous month.

The unemployment rate in Japan came in at a seasonally adjusted 2.8 percent in April.
Australian markets advanced. The benchmark S&P/ASX 200 index climbed 84.60 points, or 1.19 percent, to 7,179.50 even as Victoria entered a seven-day lockdown over concerns about a highly infectious variant of COVID-19. The broader All Ordinaries index ended up 80 points, or 1.09 percent, at 7,424.

The Euro Stoxx 50 Index, which is a compilation of 50 blue chip stocks across the euro area, is progressing 0.58 percent.