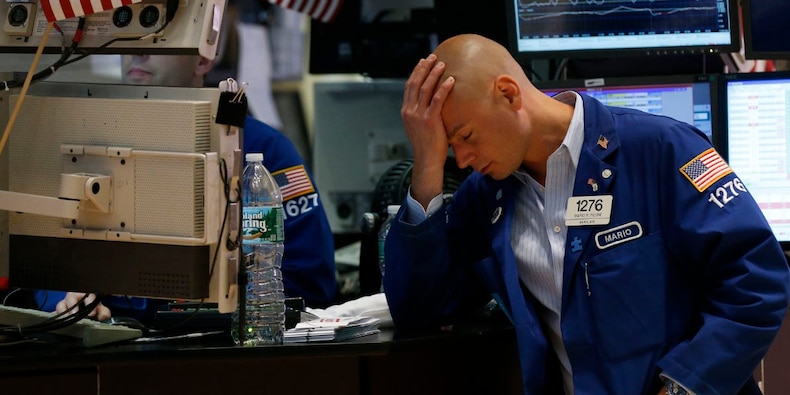 Global stocks fell on Monday despite US lawmakers striking a long-awaited deal on a historic $900 billion stimulus package over the weekend, as concerns over a new COVID-19 strain in the UK threatens the travel industry.

Meanwhile, the new sly struck US federal aid includes checks of up to $600 for every individual and $300 in unemployment aid per week, both of which are half the $1,200 amount that Congress and President Donald Trump approved in March.

Votes on the new package are expected to take place Monday, only hours before the deadline for funding is due to expire at midnight – which could have led to a government shutdown.

“The package is more anti-depressant than stimulus, although sending adult Americans $600 might lead to more spending,” said Paul Donovan, chief economist at UBS Global Wealth Management. Additional benefits of $300 per week in the first quarter may reduce fear of unemployment, lowering precautionary savings, he said.

Despite congressional leaders clinching a deal after months of negotiations, the emergence of a contagious COVID-19 strain in the UK spooked markets as the country plunged into a harsh lockdown right before the holidays.

Read More: BANK OF AMERICA: Buy these 26 cheap and fundamentally rock-solid stocks before the economic rebound sends them soaring in 2021

The new variant is said to be 70% more transmissible than the original virus, prompting multiple countries to ban incoming flights from the UK during an ordinarily busy Christmas season.

The COVID-19 mutation in the UK also left Asian markets in the red, but mainland China rallied strongly – possibly on the rollout of vaccinations in the country. The Shanghai Composite rose 0.7%, while Japan’s Nikkei fell 0.2%, and Hong Kong’s Hang Seng fell 0.7%.

But a combination of the rollout of effective vaccines, US fiscal stimulus, and ongoing easy monetary policy supports further upside for equities, according to UBS.

“We recommend staying invested in equities and diversifying for the next leg of the rally,” said Mark Haefele, chief investment officer at UBS Global Wealth Management. “We see further upside in cyclical stocks such as global small caps, which tend to lead in recoveries and expansions, but which have lagged the recovery in leading economic indicators and remain attractively valued.”

Read More: A hedge fund chief who oversees $2 billion breaks down why we’re in for a 61% stock-market crash over the next 18-24 months – and shares 3 types of companies he’s shorting right now