Global stocks slip after Trump falsely insists he won the tightest election in 20 years, while Biden inches closer to victory 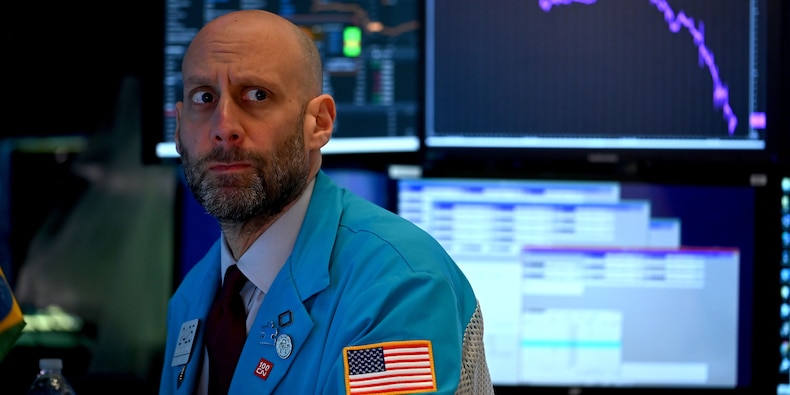 Global stocks slid on Friday after President Trump tested the very concept of democracy by insisting he won the 2020 election even though Joe Biden is currently in the lead.

Trump suggested, without evidence, that a substantial number of “illegal votes” have been cast in this election.

Futures tied to the Dow Jones, S&P 500, and the Nasdaq fell between 0.7% and 1%. The dollar continued to weaken with the index falling 0.2% on the day, bringing losses for this week to 1.5%, the largest weekly slide since mid-July.

Adding to the air of caution was the monthly US employment report, due at 0830 am ET. Non-farm payrolls are expected to have risen by 600,000 in October, their smallest monthly increase since the labor market began to add jobs in May, according to TradingEconomics.

With Republicans winning several key Senate seats, it is unlikely that Democrats will manage the congressional sweep they hoped for, pointing to a political gridlock.

But Axi’s Innes said this was not necessarily a negative for the markets. “The market has concluded that gridlock is a friendly outcome — less growth and stimulus and less tax, regulation, and bond issuance,” he said.

The third day of counting saw Biden continue to close the gap in Pennsylvania and Georgia in the “tightest US election in 20 years, and definitely the most drawn out,” Deutsche Bank analysts said. A Pennsylvania win would give Biden over 270 electoral college votes, effectively handing him the presidency without having to win any more state votes.

Read More: The chief strategist at JPMorgan’s $2.3 trillion investing arm says the US elections could resolve a ‘polarized’ stock market amid sharp political divisions — and pinpoints 4 trades that are likely to benefit

“The large bounce in equities this week creates an opportunity for investors to reassess and rebalance their portfolios in preparation for a President Biden and divided Congress – not to mention the very small, but still possible chance that a President Trump faces a Democratic Congress,” said Mark Haefele, chief investment officer at UBS Global Wealth Management.

The Federal Open Markets Committee kept the fed funds target rate unchanged at near-zero levels and maintained bond purchases at $120 billion a month. Chairman Jerome Powell reiterated the need for further stimulus for the second meeting in a row. “I think we’ll have a stronger recovery if we can just get at least some more fiscal support,” he said.

A number of countries including France, Italy, Poland, Austria, and Romania have reported record coronavirus case numbers. France reported over 40,000 cases and about 394 fatalities on Wednesday.

Oil prices were lower too. Brent crude fell 1.3%, to $40 a barrel, likely because a Biden victory “makes rapprochement more probable in the Iran conflict and would see a greater focus on renewable energies,” Commerzbank analysts said. West Texas Intermediate fell 1.4%, to $38 a barrel.

Read More: 3 veteran investors share where to invest now to build resilient long-term portfolios that can win even if the elections produce a gridlocked government