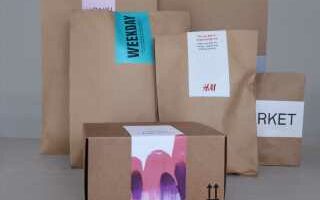 “The situation in every country is changing rapidly,” the Swedish group said.  For the three months ending Feb. 28, sales in local currencies came to 40.06 billion Swedish kronor, or $4.72 billion.

“Sales development was significantly affected by the Covid-19 situation, with extensive restrictions and at most over 1,800 stores temporarily closed,” the retailer said.

Since the beginning of February, a number of markets had reopened and at the end of the quarter, 1,300 stores were closed. In the March 1 to 13 period, sales were up 10 percent in local currencies.

Analysts said the sales figures were a bit better than expected.

Richard Chamberlain of RBC Europe noted the figures implied that online sales were stronger than expected, but cautioned against reading too much into February, generally a quiet month for retail.

The group, which operates Cos, Monki, & Other Stories, Arket and Weekday in addition to H&M, has been cutting costs and renegotiating leases for its retail network since the pandemic struck. Before the coronavirus, it had embarked on an overhaul of operations to improve digital services and spruce up its offer. Signs of improvement had begun to emerge as the crisis hit.

Analysts, who were disappointed by the end-of-year performance of Spanish fast-retailer Inditex, were more optimistic about its prospects.

Forecasts are for a modest pace of recovery for the fast-fashion industry.