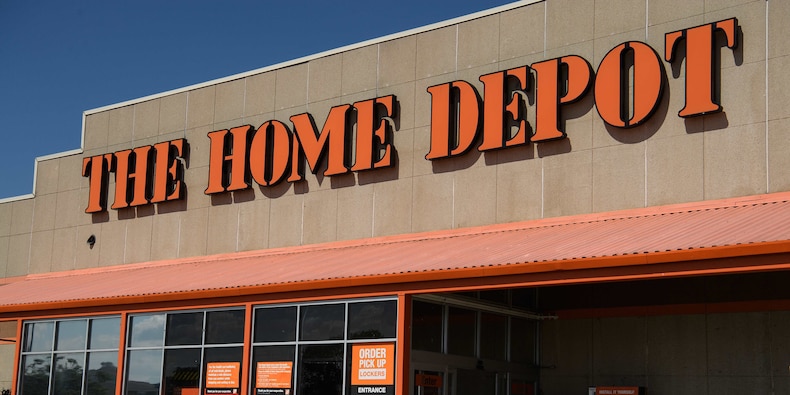 Shares of Home Depot slipped  as much as 6% on Tuesday as the largest home improvement retailer in the country declined to provide profit guidance for 2021, citing the unpredictability of how the coronavirus pandemic will affect its sales.

The company reported fourth-quarter earnings that topped estimates as demand for home improvement products boomed during the pandemic. However, as the US approaches one year under pandemic conditions, Home Depot acknowledged that future demand would be difficult to predict.

“As we look ahead to fiscal 2021, while we are not able to predict how consumer spending will evolve, if the demand environment during the back half of fiscal 2020 were to persist through fiscal 2021, it would imply flat to slightly positive comparable sales growth and operating margin of at least 14 percent,” said Richard McPhail, executive vice president and CFO, in a statement.

The company on Tuesday reported earnings that grew 16% to $2.65 per share, including $0.09 in one-time costs concerning its acquisition of HD Supply, for the quarter ended January 31. This is slightly higher than the $2.62 per share expected by analysts surveyed by Refinitiv.

Still, even as more people may slowly return to offices this year, improvements in workspaces may boost Home Depot’s sales. Almost half of the company’s sales come from professionals, which include plumbers and electricians.

At the end of the fourth quarter, Home Depot operated 2,296 retail stores in all 50 states, the District of Columbia, Puerto Rico, the U.S. Virgin Islands, Guam, 10 Canadian provinces, and Mexico. The Company employs approximately 500,000 associates.