London (CNN Business)The children of immigrants from minority ethnic groups in the United Kingdom are better educated than their White British peers but less likely to be employed, according to new research published Tuesday.

Despite coming from poorer economic backgrounds on average, the children of Indian, Pakistani, Bangladeshi and Black Caribbean immigrants have higher educational qualifications than the White majority.
But that has not fully translated into labor market success, according to a report by the Institute for Fiscal Studies, an independent research organization that specializes in public policy analysis.

“After leaving education, [second-generation ethnic minorities] are less likely to be employed, and some ethnic groups are less likely to reach managerial/professional occupations, than the White majority,” the IFS said in a statement announcing the report’s findings.

The employment gap remains a problem even when comparing families with similar economic backgrounds, despite educational differences becoming more pronounced. 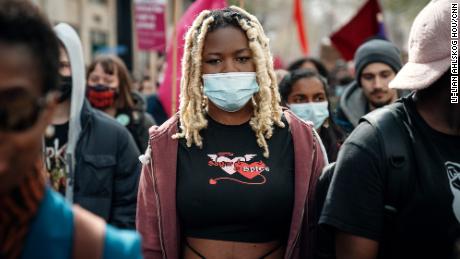 For example, second-generation Indian, Bangladeshi and Black Caribbean women from working class origins are over 20 percentage points more likely to attain tertiary qualifications, which includes undergraduate and postgraduate degrees, than their White British peers from similarly disadvantaged backgrounds, and Indian and Bangladeshi men are over 30 percentage points more likely to do so. Yet they do not do as well as their White British peers in the job market.
“We should celebrate their remarkable success in education, but ask hard questions about why this does not translate into equal success in the world of work,” said Lucinda Platt, a professor at the London School of Economics and co-author of the report, which uses UK census data covering a 40-year period to track outcomes across generations within families. The last available data on these families is from 2011.
The report, which is part of a broader review of inequality, comes just days after the Confederation of British Industry, Britain’s largest business lobby group, co-signed a letter calling on the UK government to introduce mandatory ethnicity pay gap reporting.
The letter, which was also signed by the Trades Union Congress and the Equality and Human Rights Commission, said that ethnicity pay gap reporting would “enable employers to identify, consider and address the particular barriers facing ethnic minorities in their workplace,” and goes beyond recommendations made earlier this year by a government commission into race and ethnic disparities in the United Kingdom.
“We can be pretty confident that there is discrimination in the labor market,” Platt told CNN Business, adding that this issue clearly “hasn’t been solved” and that publishing ethnic pay gap data could help.
But discrimination is not the only factor in poor labor market outcomes, according to Platt.
“We know, particularly for better jobs, things like social networks can be important,” she said. The dynamics of local labor markets, which determine what sorts of jobs are available, may also play a role given that ethnic minorities are “fairly clustered” in particular areas, she added.
“Attempts to oversimplify by putting poorer labor market performance down solely to less advantaged backgrounds on the one hand, or discrimination on the other, fail to recognize that both are relevant,” she said. 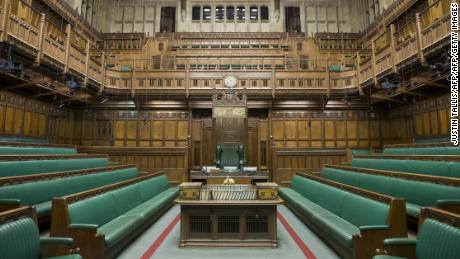 Lawmakers from the UK’s governing Conservative party have been accused of weaponizing inequalities in the education system to stoke a culture war after they backed a parliamentary report published earlier this month entitled “The forgotten: how White working-class pupils have been let down, and how to change it.”
The document claims that the prevalence of the term “White privilege” in “the wake of the Black Lives Matter protests” may have contributed towards a “systemic neglect of White people facing hardship.”
According to the IFS report, only 16% of Indian, 7% of Pakistani, 5% of Bangladeshi and 14% of black Caribbean second-generation ethnic minorities who had reached adulthood by 2011 came from advantaged origins, compared with 29% of white British people.