Social media has had some regressive effects on social norms. Swimming, for example, is a pleasant pastime and excellent exercise.

There are 1850s photographs of Victorian ladies in swimwear in family albums. An Instagram account is the 21st century digital equivalent.

Sacking a college professor for (a) swimming (b) putting pictures of herself in a swimsuit on her Insta account harks back to the medieval.

There’s a disconnect. At one level, the complainant and the vice chancellor who sacked the professor are living in some dim distant past.

At another level, they are savvy enough to access social media, a cutting-edge 21st century ecosystem which was conceptualised around 2005.

During its brief existence, social media has driven some of the most regressive socio-political agendas.

America’s anti-abortion brigade; the QAnon loonies who believe politicians eat babies; the anti-LGBTQ brigade; the ‘Britain for the British’ and ‘France for the French’ and ‘India for the Hindus’ campaigners have all skilfully exploited social media.

The same individual may work in both industries but that’s like a pizza delivery person who also gigs as a waiter.

Until the Internet, sex workers lived under the protection of pimps, who beat them up and swallowed their earnings.

They also suffered harassment from law-enforcement personnel. They had few marketing channels beyond standing on street corners, or hanging out in a brothel.

The Internet allowed sex workers to set up personal Web sites, take payments online and, thus, streamline the chain of intermediaries and avoid some harassment.

Social media allowed them to connect even more directly with potential clients, and gave them multiple new marketing and outreach channels. 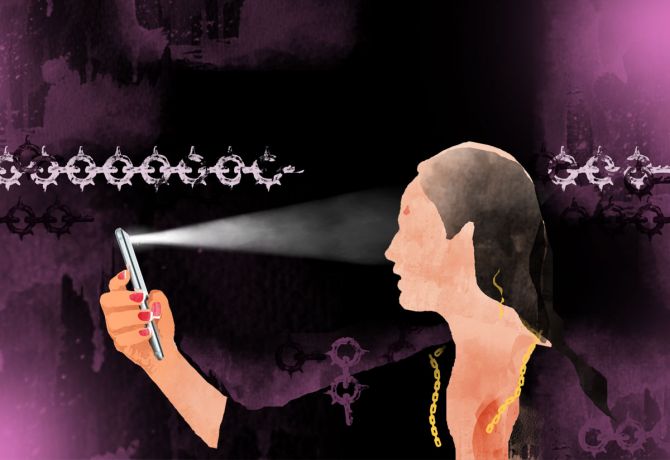 The power equation was skewed against the unclad and totally in favour of the ‘suits’.

This was in contrast to the conventional movie industry where stars started receiving royalties by the 1950s.

In 1972, Linda Lovelace’s husband was paid $1,250 to ‘persuade’ Lovelace to star in the blockbuster Deep Throat.

It has been watched by uncounted millions and the title phrase ended up in the dictionary after it was associated with the contemporaneous Watergate Scandal. Lovelace got zilch.

About 50 per cent of GMV was from subscriptions, while the rest from chats.

This means shadowbans on Insta, Facebook and Twitter, which makes it hard for creators to market themselves, and difficulties in processing online income as well.