How the world's biggest brands plan to end garbage

New York (CNN Business)Plastic toiletries at one of the world’s largest hotel chains are checking out — for good.

InterContinental Group is eliminating the travel-sized tubes of shampoo, conditioner and bath gel from its 843,000 rooms across its global chain of hotels. Guests will find bulk-sized toiletries beginning in 2021. 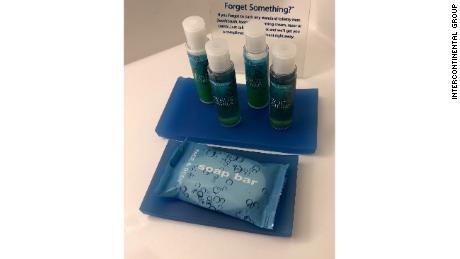 “Switching to larger-size amenities across more than 5,600 hotels around the world is a big step in the right direction and will allow us to significantly reduce our waste footprint and environmental impact as we make the change,” CEO Keith Barr said in a release.
IHG said roughly 200 million miniature-sized toiletries are placed in rooms every year. Replacing them with bulk-sized accessories will lead to a “significant reduction in plastic waste,” the company said. 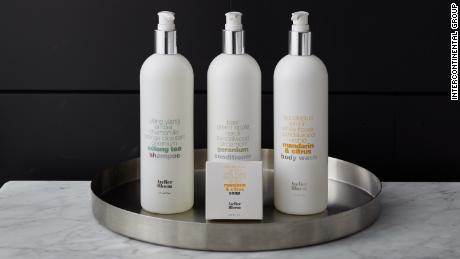 The British-based company is currently undergoing a multi-year sustainability effort. IHG is removing plastic straws by the end of the year and is using duvet and pillow covers made with 100% recycled materials in some of its rooms.
Other hospitality chains are making similar moves, too. In a smaller-scale initiative, Marriott (MAR) announced in 2018 it was replacing miniature-sized plastic toiletries with bulk-sized dispensers at 1,500 hotels in North America. Hilton Hotels (HLT) revealed this March that it’s recycling used soap, transforming it into new bars of soap after they’ve been crushed and sanitized.

Brands like IHG, Hilton and Marriott are becoming more environmentally conscious because businesses face disruption from climate change and customers are increasingly demanding that products and services are environmentally friendly.
California is considering a bill that would ban small plastic bottles typically used for toiletries beginning in 2023.
Source: Read Full Article