Inflation in Britain climbed above the central bank’s 2 percent target. 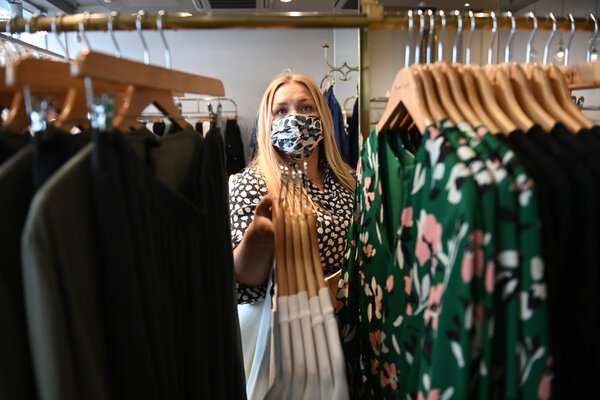 Inflation in Britain accelerated at its fastest pace in nearly two years last month, as businesses reopened and social distancing restrictions were relaxed. Consumer prices rose 2.1 percent in May compared with last year, the national statistics agency said on Wednesday.

It is the first time the annual inflation rate has climbed above the Bank of England’s 2 percent target since July 2019. In April, the rate was 1.5 percent.

Inflation in Britain is the highest in nearly two years

By The New York Times

Prices rose 0.6 percent in May from the previous month, driven by increases in clothing, transport, restaurants and hotels, and recreational expenses like computer game downloads.

Across Europe and the United States, policymakers and investors are watching inflation closely for signs of whether the current upward pressure on prices is temporary or here to stay. Some of the jump in annual inflation rates can be explained by the fact that prices were so low a year ago, when economies shut down in response to the pandemic.

But the reopening is also causing prices to jump as businesses try to keep up with a sudden increase in demand. If inflation remains high and keeps rising faster than expected, it could be a sign the economy is overheating and central banks would be forced to pull back on monetary stimulus. On Wednesday, the Federal Reserve will make its next policy announcement amid rising inflation expectations in the United States.

“The firming of price pressures in the U.K. is part of a global phenomenon as the world emerges from the Covid-19 pandemic,” Ambrose Crofton, a strategist at JPMorgan Asset Management, wrote in a note. “As a result, central banks are gradually tiptoeing towards the exit of their emergency monetary support programs.”

The Bank of England expects inflation to rise to about 2.5 percent by the end of this year before drifting lower. Its next policy meeting is on June 24.